The youngest driver to ever compete in Formula 1 racing, 23 year-old Belgian-Dutch racer Max Verstappen, who’s often compared to the legendary Ayrton Senna, now leads the 2021 Formula 1 driver standings for the first time in his life. Max, who races for Red Bull Racing Honda Team, has been propelled to the number one position thanks to his extraordinary recent win at the 78th Monaco Grand Prix in the Principality, ahead of Carlos Sainz Jr and Lando Norris on the circuitous, historical podium. And he achieved this feat while wearing the new TAG Heuer Monaco Titan Special Edition, just days after receiving it. As Official Watch of the Monaco Grand Prix since 2011, TAG Heuer was honoured to be back in Monaco to celebrate the legendary race and highlight of the Formula 1 season.

“We would like to congratulate Max Verstappen and the Red Bull Racing Honda Team for this historic Grand Prix win. He put the challenging winding city circuit to the test and definitely did not ‘Crack under pressure’”, says Fre?de?ric Arnault, CEO of TAG Heuer. “We are especially delighted that our newest and personalized Monaco Titan seemed to have brought him luck and I hope it continues to do so on Max’s and the team’s quest for the world championship title.” TAG Heuer and motor racing at its best

With this win over the F1 weekend and the unveiling of its new Special Edition timepiece, Swiss watchmaker TAG Heuer reaffirms once again its longstanding friendship with Monaco and the Formula 1 Grand Prix – as well as the Red Bull Racing Honda Team of which TAG Heuer has been a partner since 2016.

The square-shaped chronograph, created in 1969, is named after the glamorous race in the Principality of Monaco and brought to the big screen by Steve McQueen in his 1971 movie Le Mans, symbolizes the brand’s love for speed and its deeply-rooted racing spirit.

The name Monaco owes nothing to chance. The La Chaux-de-Fonds based luxury watch maison’s scion Jack Heuer considered motorsports to be a natural fit for a chronograph and timekeeping expert, and a powerful tool to promote watches, including this disruptive model. He wanted his watches to display strong links with the racing world, which is why the TAG Heuer Monaco was named after the famous Formula One Grand Prix de Monaco, of which TAG Heuer went on to become the Official Watch. Moreover, TAG Heuer is the official timekeeper of the classic Grand Prix de Monaco Historique and the Official Watch of the Monaco Top Cars Collection museum. Keeping the character of the original, with a brand new twist

In the new special edition 39 mm TAG Heuer Monaco Titan Special Edition Chronograph Calibre 11 Automatic revealed last week, the case retains its square shape and is reimagined in ultra-lightweight and robust sand-blasted Grade 2 titanium with a striking silver sunray brushed dial (the original Heuer Monaco had a blue dial). A rare edition in the TAG Heuer Monaco collection, the light dial offers the benefit of very good visibility and an attractive contrast to the sub-dials, indexes, and hands of the watch. On the dial, two black sub counters stand out (one at 3 o’clock to indicate a permanent second indicator, and one at 9 o’clock to indicate a minute chronograph counter), as well as black gold-plated applied indexes with white Super-LumiNova® Rhodium-plated hour and minute hands with white Super-LumiNova® for visibility in any conditions. The bright red accents of the central hand, and the red index marker at 12 o’clock add character to the overall look while referencing racing circuits and the official colours of TAG Heuer. All this is housed under a domed, bevelled sapphire crystal.

As in the original, the crown of the TAG Heuer Monaco Titan Special Edition is on the left hand side of the brushed, stainless steel case

This special-edition TAG Heuer Monaco Titan is equipped with a modern version of the famous Calibre 11 automatic chronograph movement which celebrated its debut in the original 1969 Monaco. This reinterpretation of the movement links back to the 1969 case with its engraved “Monaco Heuer” logo. There’s an angled date display at 6 o’clock, and the crown is positioned on the left hand side, one of the features contributing to the uniqueness of the TAG Heuer Monaco since its creation. The push buttons in brushed steel, however, are on the right, just as in in the first edition. The steel buckle on the alligator strap

The watch is water resistant to 100 meters, and features a novel anthracite alligator leather strap with a texture recalling the grooves of race car tires. The screwed-down caseback is in hand-blasted sapphire crystal. The TAG Heuer Monaco Titan Special Edition is limited to 500 pieces.

The watch is presented in a new packaging which was created to evoke the racing heritage of the TAG Heuer Monaco collection and is sold exclusively in TAG Heuer boutiques and on www.tagheuer.com. The caseback of the TAG Heuer Monaco Titan Special Edition

Fifty years on, the story of the TAG Heuer Monaco continues in its modern iterations. With each new launch, this iconic timepiece reflects the spirit of avant-garde watchmaking art by TAG Heuer. The TAG Heuer Monaco Titan Special Edition, created to mark the thrilling race through the winding roads of the Principality, is a true icon of cool. 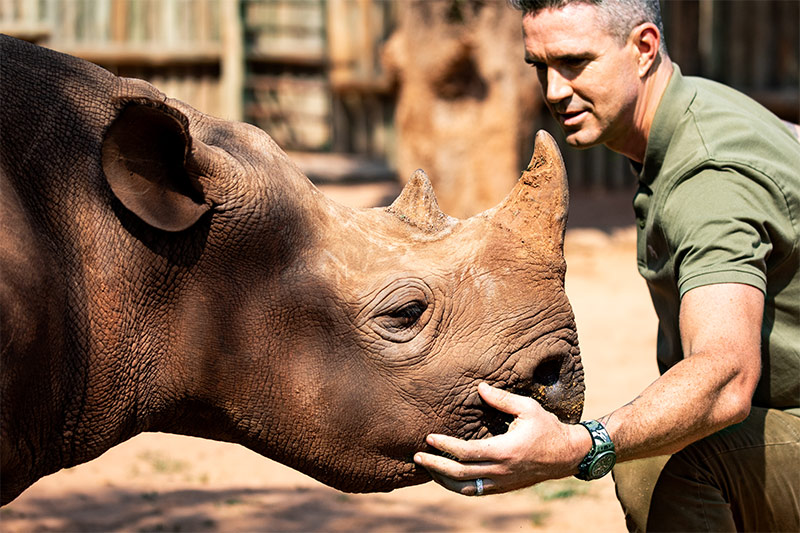 Rooting for the Rhino 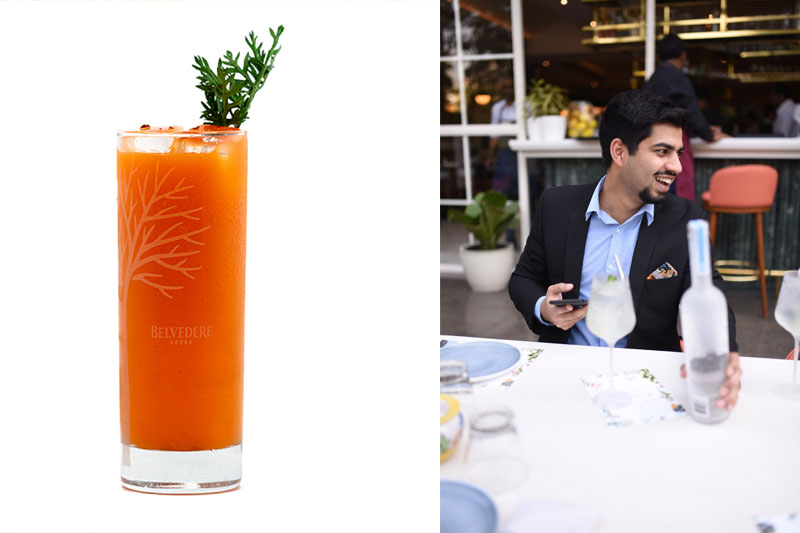 Cheers to the Green Life