For his contribution to world film heritage, Amitabh Bachchan becomes the first Indian to receive the FIAF Award on March 19, when Martin Scorsese and Christopher Nolan will congratulate the Indian megastar during a virtual showcase. Indian film megastar Amitabh Bachchan will be conferred with the prestigious 2021 FIAF Award by the International Federation of Film Archives (FIAF), the worldwide organization of film archives and museums from across the world, at a virtual showcase scheduled to take place on March 19, 2021. Mr. Bachchan’s name was nominated by the FIAF affiliate Film Heritage Foundation, a not-for-profit organization founded by filmmaker and archivist Shivendra Singh Dungarpur, dedicated to the preservation, restoration, documentation, exhibition, and study of India’s film heritage.

In a landmark moment for Indian cinema, icons of world cinema and film directors Martin Scorsese and Christopher Nolan, who also share a long-standing relationship with India through their affiliation with Film Heritage Foundation, will bestow the award on Mr. Bachchan for his dedication and contribution to the preservation of, and access to, the world’s film heritage for the benefit of present and future generations, at a virtual presentation.

The FIAF Award was introduced in 2001, when it was presented to Martin Scorsese. Since then, the award has branched out to include personalities from outside the archival world who have worked to advocate the cause of film preservation. The award recognizes the commitment and contribution of cinema virtuosi towards the preservation of the world’s film heritage and witnesses the congregation of members of the international film preservation community on a single platform to celebrate the honour. The annual recipient of the FIAF Award is chosen by the FIAF Executive Committee from a shortlist of nominations from staff members of all 172 FIAF-affiliated archives worldwide.

“I am greatly honoured to receive the FIAF Award for the year 2021 for a cause that I am deeply committed to,” says Amitabh Bachchan. “It was when I became the ambassador of Film Heritage Foundation in 2015, that I realized the extent of the neglect and colossal loss of our precious film heritage and how we continue to lose more of our legacy every day. Recognizing the urgency of the situation, I have been working closely with Film Heritage Foundation since its inception to do everything in our power to save our films and to build a movement for film preservation in our part of the world. We must strengthen the idea that film archiving is as essential as filmmaking, and I do hope that we are able to garner further support for this most essential cause from my colleagues in the film industry and the government, to enable us to realize our dream for building a centre that will preserve and showcase our magnificent film heritage.”

“This year FIAF celebrates the twentieth anniversary of its annual Award,” says Frédéric Maire, President of FIAF. “To mark this momentous occasion, there could be no better recipient than one of the world's greatest movie stars, and one who has understood, embraced, and publicized the cause of film preservation for years. FIAF has been very active in India and South Asia, thanks to its close collaboration with Film Heritage Foundation, since 2015. By presenting our prestigious FIAF Award to Amitabh Bachchan, we want to show the world how rich and diverse, but also how fragile, this unique film heritage is, and we want to publicly thank Mr. Bachchan for his role as a high-profile advocate for the rescue of this heritage, in India and beyond .”

“India's record in film preservation is dismal. By 1950, India lost almost 70 percent of its films, and of the 1338 silent films made in India, just about 29 survive, many only in fragments,” says Shivendra Singh Dungarpur, Founder, Film Heritage Foundation, who was instrumental in nominating Amitabh Bachchan for the award. “Our foundation has been working relentlessly to preserve what remains of our endangered film heritage not just in India, but in the subcontinent. This has been a cause that has been much neglected in our part of the world, and we have been fortunate enough to enjoy the unstinting support of our ambassador, Amitabh Bachchan, who has championed the cause of saving our film heritage and constructively wielded his influence to amplify the cause on a war footing in our part of the world. This is the reason we nominated him for the award, and he was unanimously voted by all FIAF Executive Committee members to be given the award.”

Martin Scorsese is not only one of the world’s most important living directors, but he also may be its biggest cinephile. With a famously encyclopaedic knowledge of film and an unparalleled love for cinema, the Academy Award-winning director has committed himself to making movies, as well as to preserving some of the most significant films of the 20th century. Through his venture The Film Foundation, set up in 1990, he has helped to restore over 900 films from 25 countries, which are now available to the public once again through festivals, museums, and educational institutions. In addition to Scorsese, The Film Foundation’s board of directors includes Steven Spielberg, George Lucas, Robert Redford, Woody Allen, Paul Thomas Anderson, Wes Anderson, Francis Ford Coppola, Clint Eastwood, Curtis Hanson, Peter Jackson, Ang Lee, and Alexander Payne. “Safeguarding cinema is a global cause with champions all over the world,” says Martin Scorsese. “Amitabh Bachchan’s advocacy for preserving India’s film legacy has been exceptional. With a career spanning over five decades, he is a celebrated actor who has put the considerable weight of his reputation behind the cause of film preservation in India and the entire subcontinent. I would like to thank Shivendra Singh Dungarpur and Film Heritage Foundation for nominating Amitabh Bachchan for the 2021 FIAF Award and the FIAF Executive Committee for unanimously backing this nomination. They could not have chosen a more deserving individual to recognize this year."

A member of the American National Film Preservation Board, renowned filmmaker Christopher Nolan, who has always promoted the consumption of celluloid films in an age of digital formats says, “As a past recipient of the FIAF Award, I know how imperative it is that representatives of the film industry around the world come together to ensure that we preserve our film heritage. I want to congratulate Amitabh Bachchan on receiving the 2021 honour. As the ambassador for Film Heritage Foundation, he has played an essential role in putting the cause of film preservation on the map in India and the subcontinent.”

As the ambassador for Film Heritage Foundation and an active advocate of film preservation since 2015, Mr. Bachchan has invested an impressive amount of personal interest in furthering the cause and amplifying the need to protect India’s film legacy. He is one of the very first artists to have appreciated the importance of film preservation and put it into practice. From storing celluloid prints of his own productions and the ones he acted in immaculately in an air-conditioned vault at his residence over the years to frequently appealing to the government and film fraternity to come forward to contribute in saving India’s film legacy, he has also contributed funds to the cause in his personal capacity over the years.

For years Mr. Bachchan has taken the opportunity to speak on several occasions about the richness of India’s cinematic heritage, stressing the necessity of preserving India’s endangered film heritage. In 2018, at the opening ceremony of the Kolkata International Film Festival, celebrating the centenary of Bengali cinema, he addressed a rapt 10,000-strong audience about the importance of preserving films. To quote from his speech on that day: “But while our generation recognizes the immense contribution of these legends, sadly most of their films have gone up in flames or have been discarded on the scrap heap. Very little of this great film heritage survives, and if we do not take urgent steps to save what remains, in another hundred years there will be no memory of these films and nothing left to celebrate.” 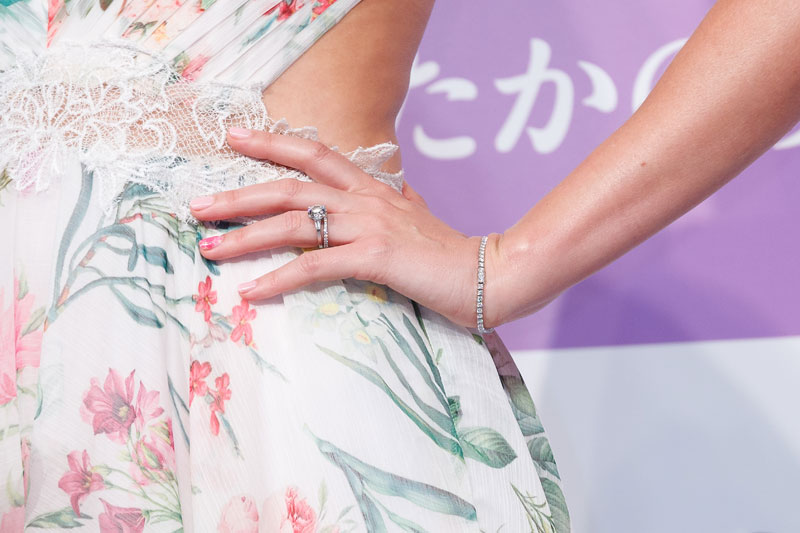 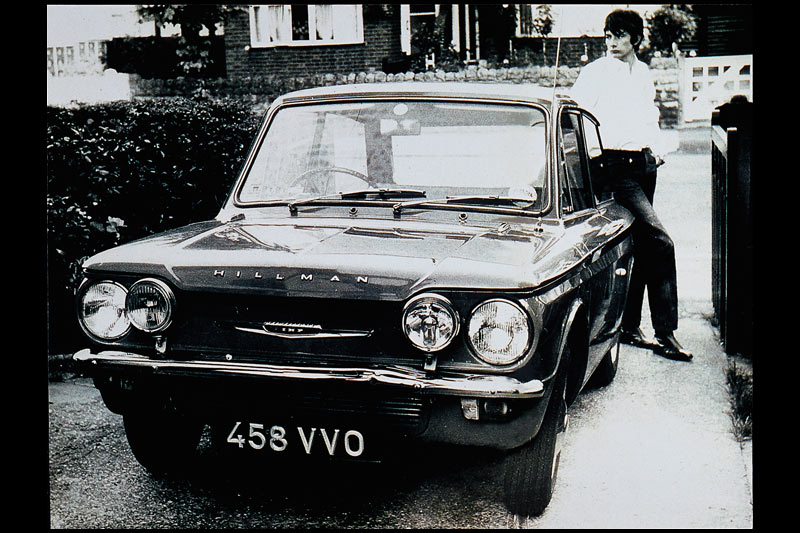 Of Stripes and Spaghetti 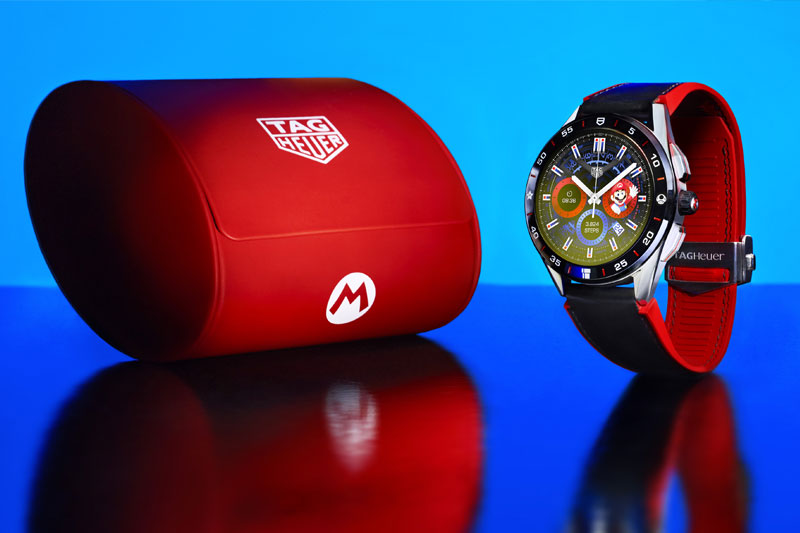