A Motorboat for the Young and Restless

A Bergamo-based designer collaborates with a French shipyard to create a stunning 7 m aluminium boat for youthful seafarers. 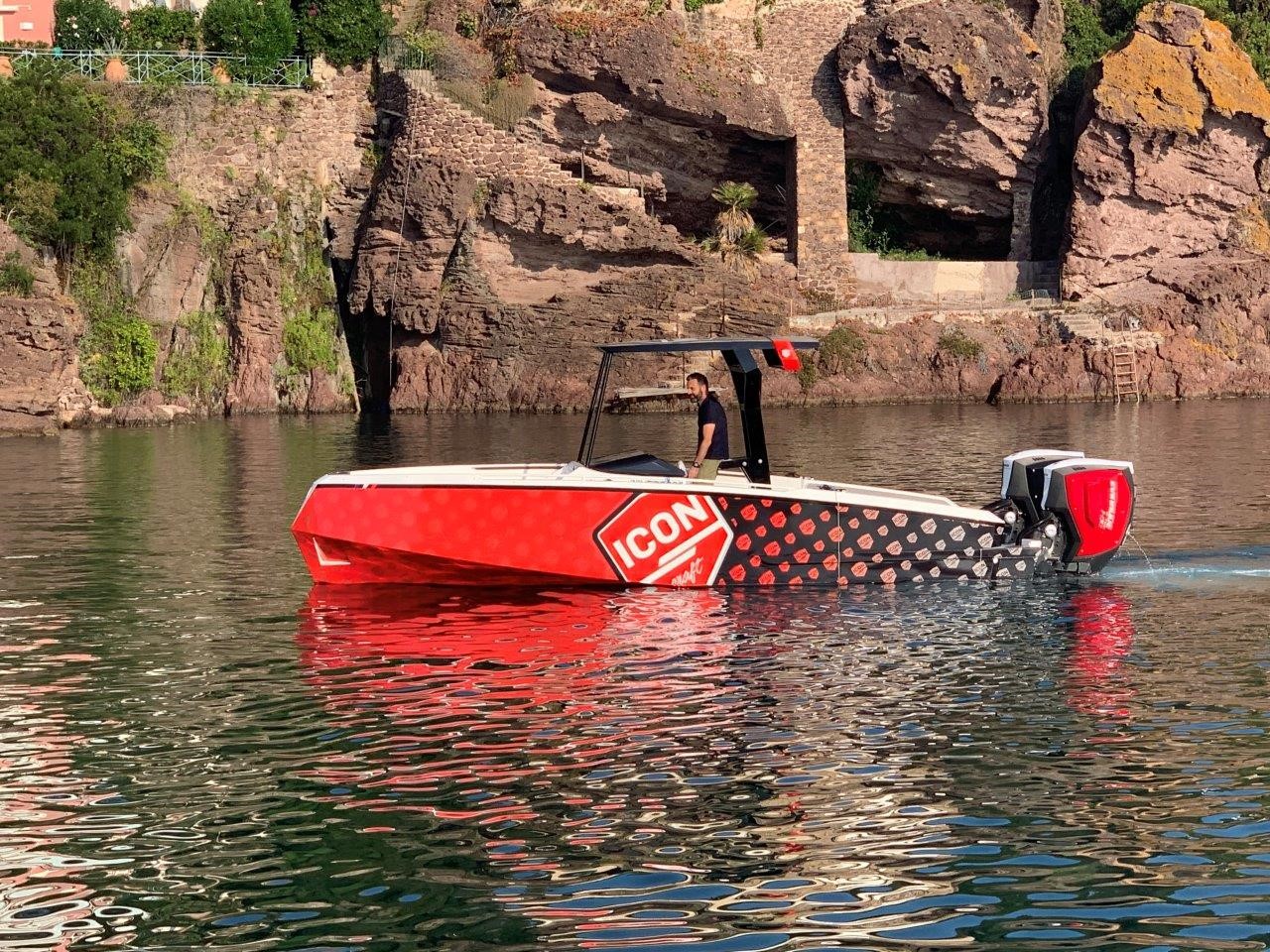 As a tribute to the bravehearts of Lombardy who are currently battling the Covid-19 crisis, we introduce to you a young yacht designer from Bergamo, Marino Alfani. The result of his collab with Cédric Labouyrie, IconCraft 27 attracted considerable interest and curiosity during the last Cannes and Monaco Shows. Some of the main reasons for its success are the original design by Marino Alfani ─ featuring striking taut and bold contours ─ and the great scope for customization offered by the French shipyard are two of the key factors behind the attention it has received.

A stunning 7 m aluminium motorboat, the IconCraft 27 has not gone unnoticed at two of the major boat shows of last season, the Cannes Yachting Festival and the Monaco Yacht Show. "This model has met with a much higher response than expected, which is resulting in considerable commercial success", says Marino Alfani.

The designer from Bergamo then goes on: "This boat is impressive and fascinating for the originality of its contours, which are the result of a long, careful and challenging four-handed design work. Cédric Labouyrie, owner of Icon Craft, and I worked closely together to create a boat designed for young owners who want to experience the sea with freedom, fun and simplicity. Not to mention the importance of the emotions aroused by the extraordinary performance in terms of speed".

Marino is particularly proud of his collaboration with the French shipyard specialized in luxury yachts. "The first contacts with Icon Craft date back to 2015, when Cédric Labouyrie, fascinated by some of the models I had designed for Rio Yachts, asked me to create a whole range for his brand. He gave me great confidence and freedom, while at the same time providing me with a number of suggestions and ideas that over the years have led to a continuous exchange of views and opinions, which has been very interesting and encouraging for both of us", he says.

Today the architect is in his fourth collaboration with the shipyard, and soon other models in the range will be available, such as the new IconCraft 34 and IconCraft 38, which are already in the engineering stage. Marino was responsible for the design of these models, with the exception of the waterlines, designed by the French naval architect Guilhèm Andre-Heriaud.

Among the other strengths of the IconCraft 27, is its modern and striking character, due to its neat, taut and bold contours. Particularly noteworthy are the 10 sq m cockpit, which is much larger than average, and a garage for jet skis. For a length of 7.32 m (for a maximum width of 2.5 m), this model also presents some solutions usually offered by models with lengths of more than 10 m, starting with the side panels that can be lowered, allowing the volume of the cockpit to increase considerably.

In addition, the synthetic teak floor, a feature that makes it extremely easy to maintain, testifies to the designer’s commitment to practicality. The dashboard is centrally located, and the small dinette has a folding table to make room for a sunbathing area.

According to Marino, the project was really appreciated for the great chance of customization. "The total customization of a boat this size is a winning strategy, which can attract a large share of sailors. Visitors can freely choose different features for the boat, such as colours, fittings and gadgets, creating an endless combination of possibilities". As a result, the buyers will have the impression of creating, in collaboration with the shipyard, the ideal boat, tailor-made for them.

Youth vocation and customization are also reflected in the choice of the engine, which can be single - with a single engine of 250 or 350 hp - or double - with two engines with a power between 175 and 250 hp. With the maximum power available it is possible to reach a top speed of 52 knots in the version not equipped with T-Top, while in the version equipped with T-Top the top speed is 48 knots. 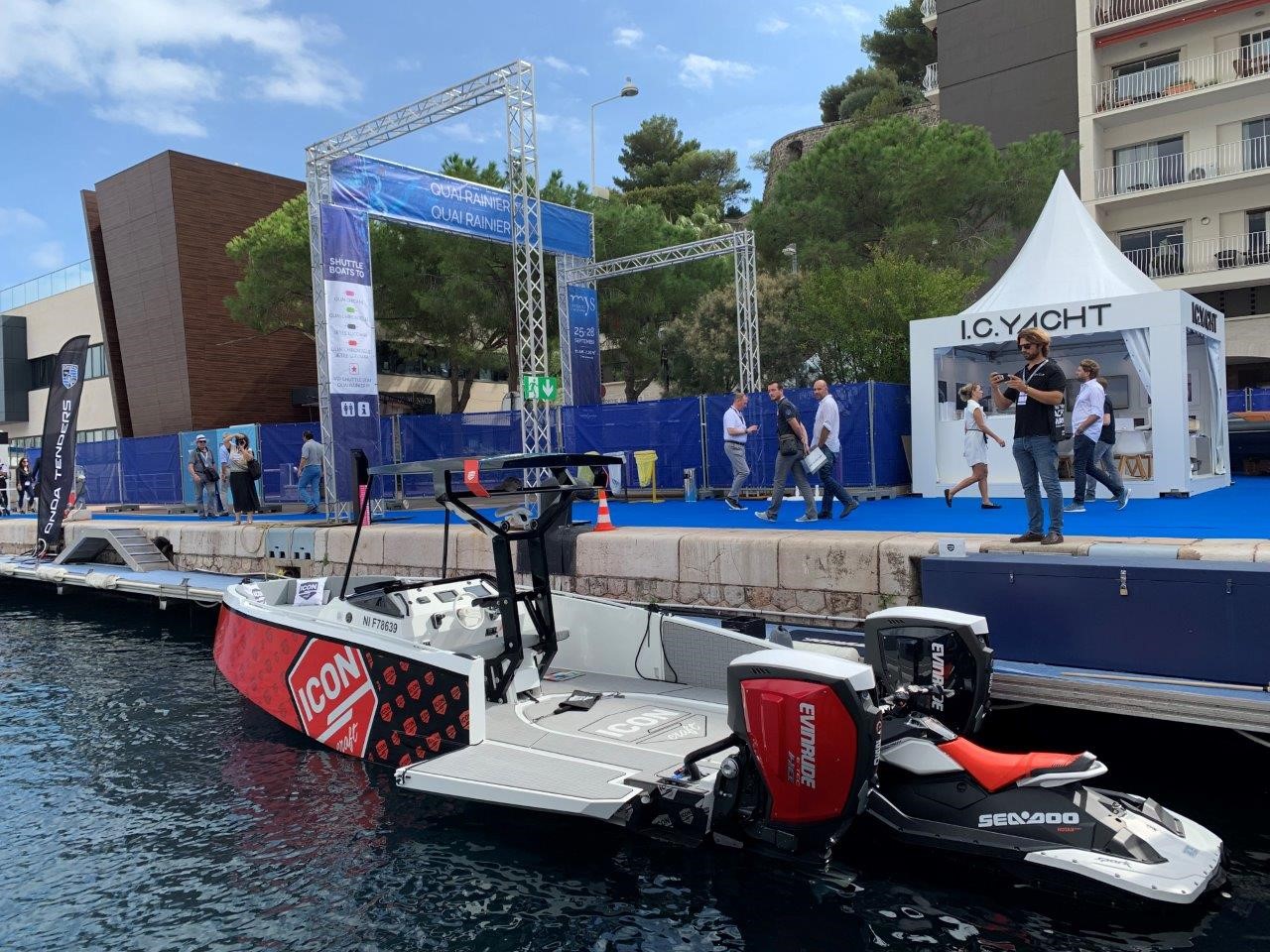 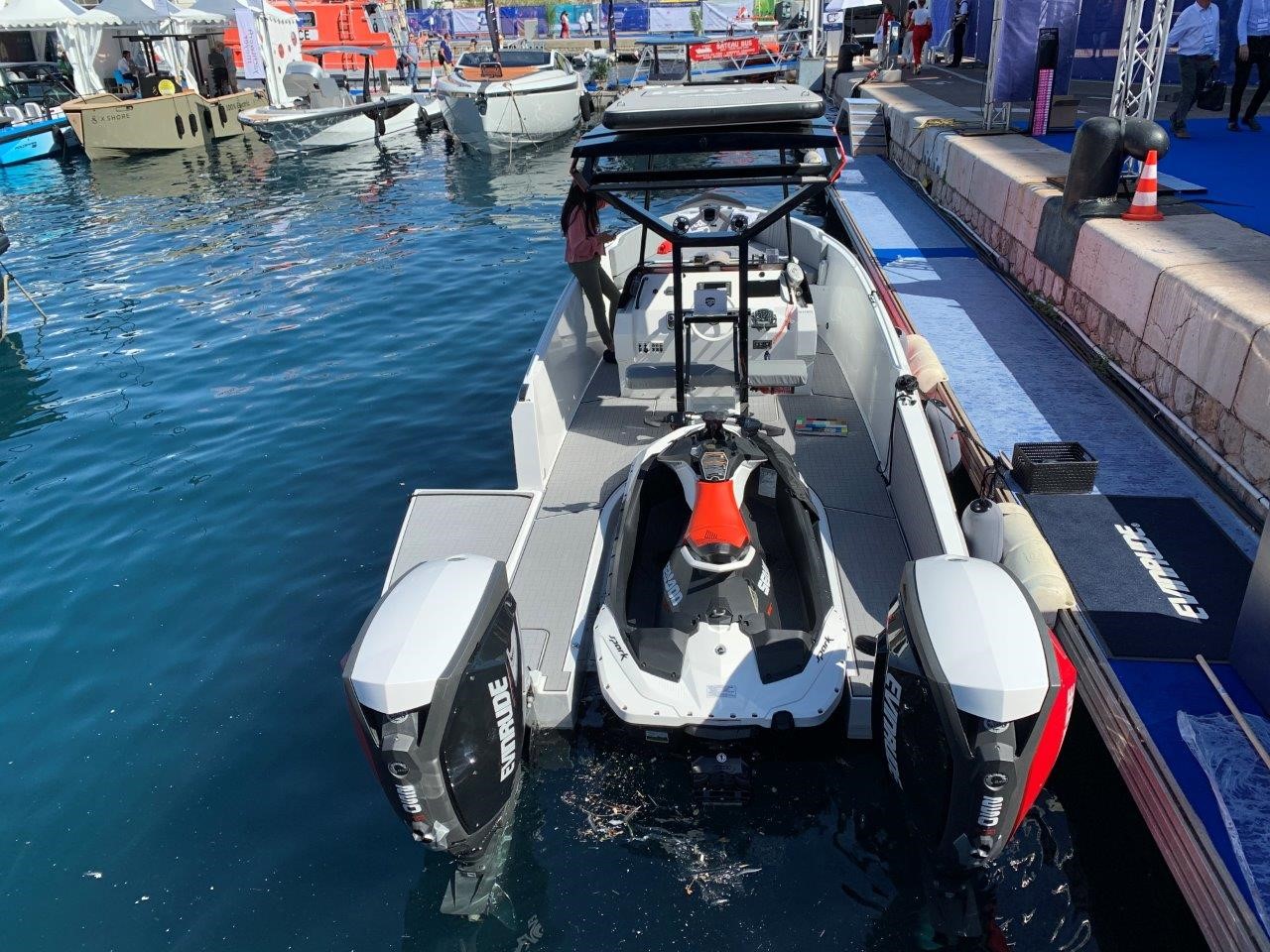 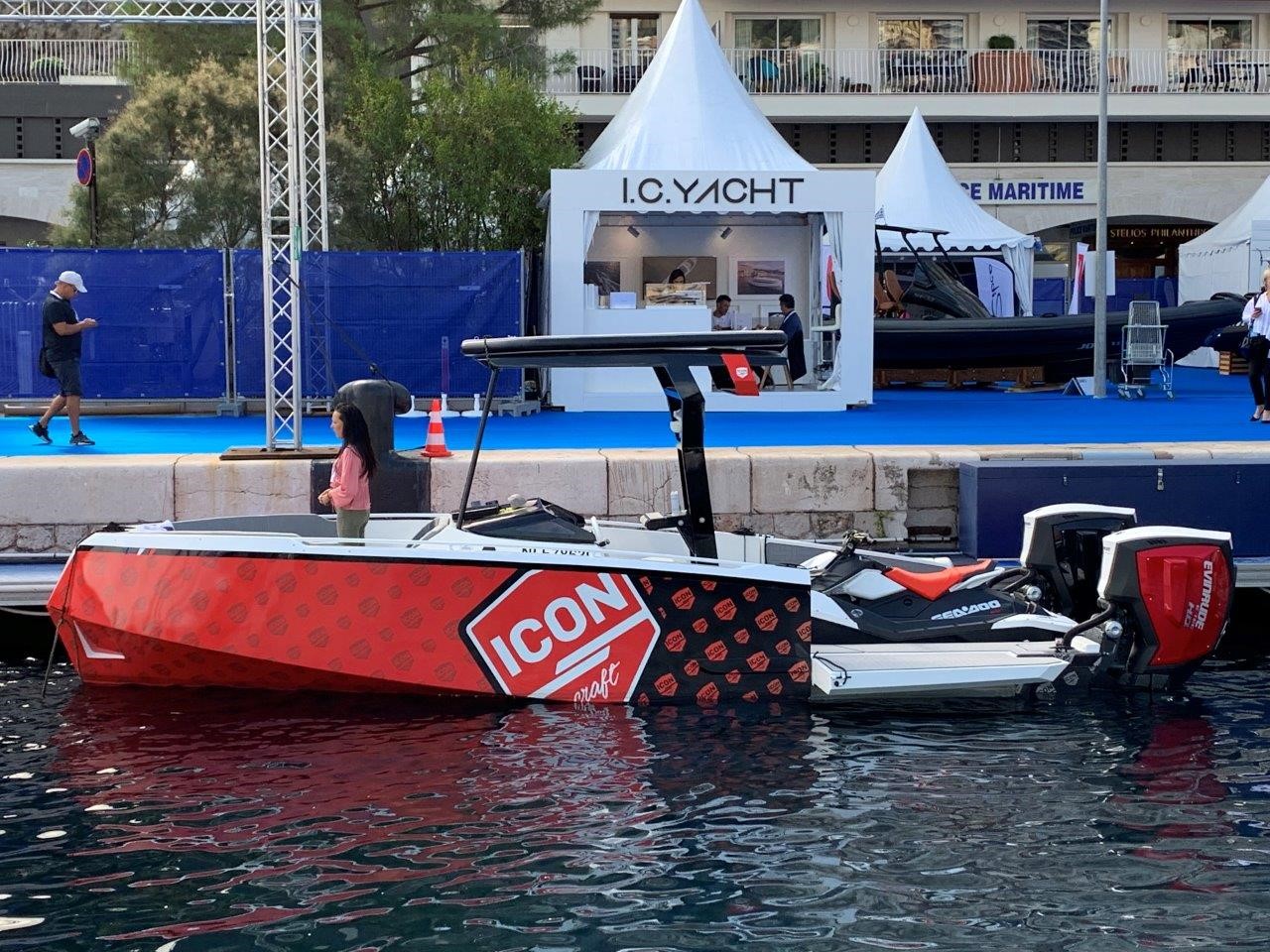 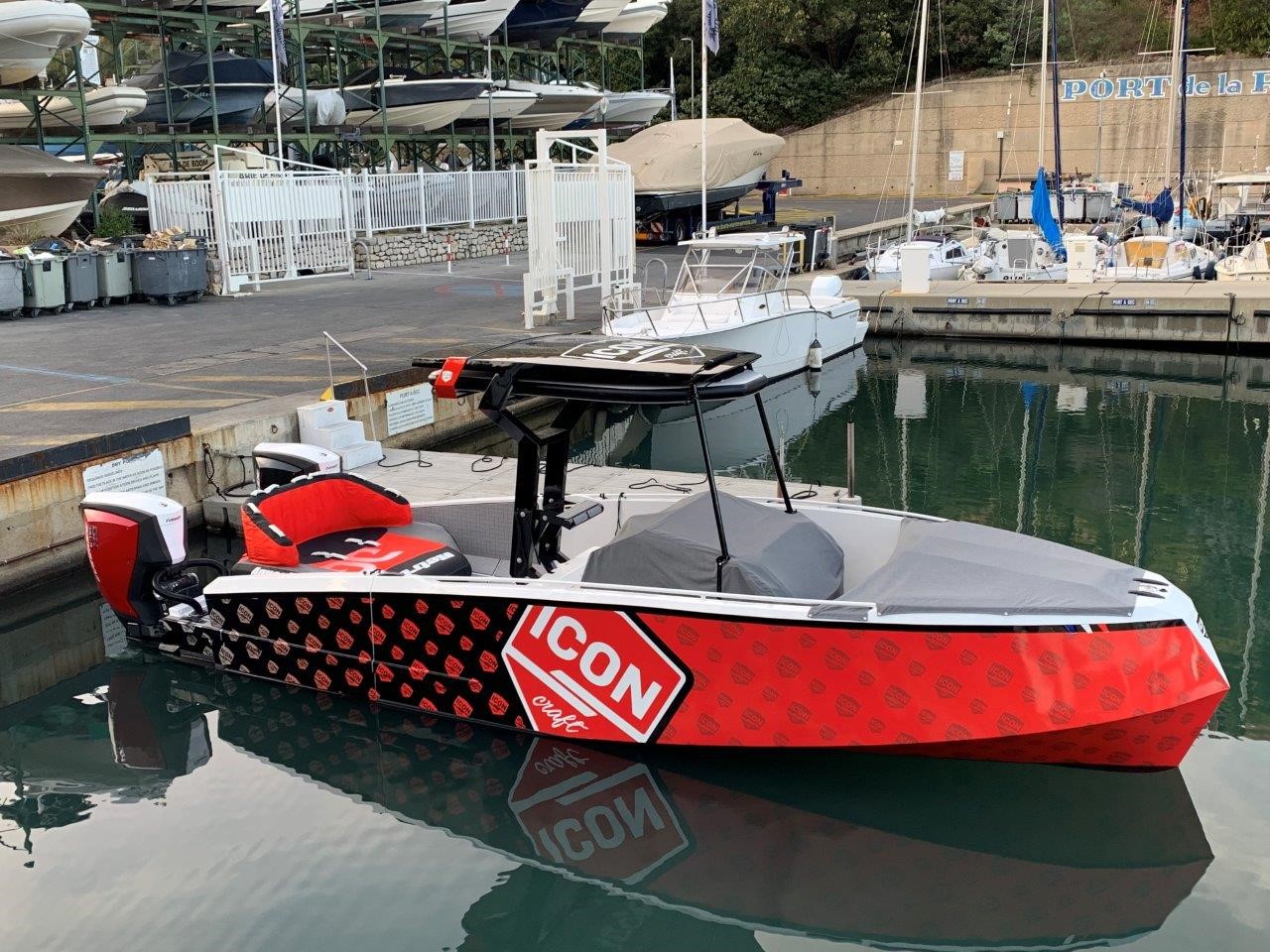 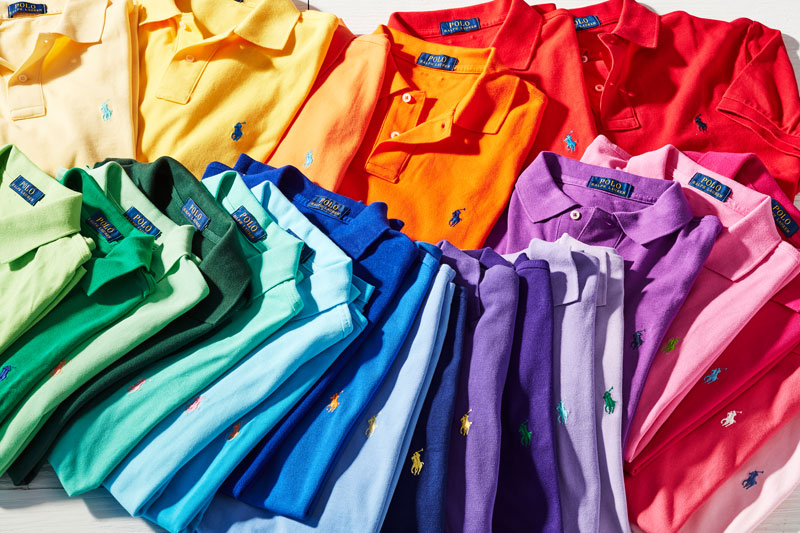 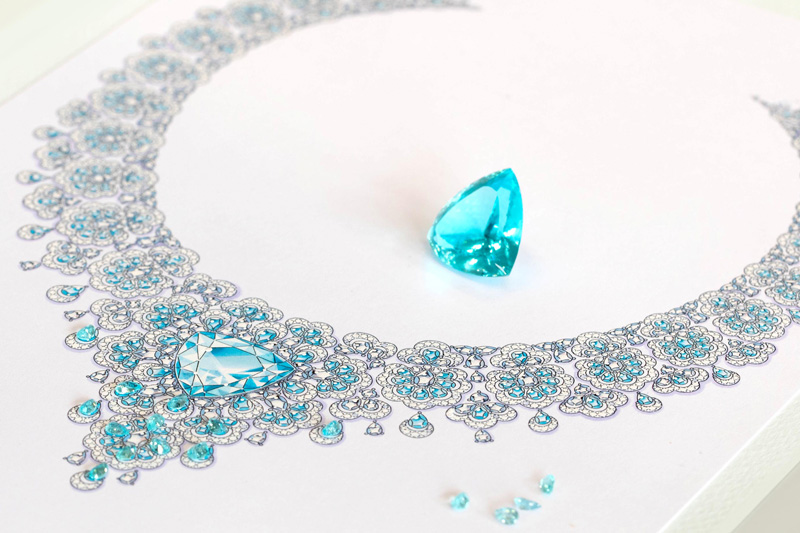 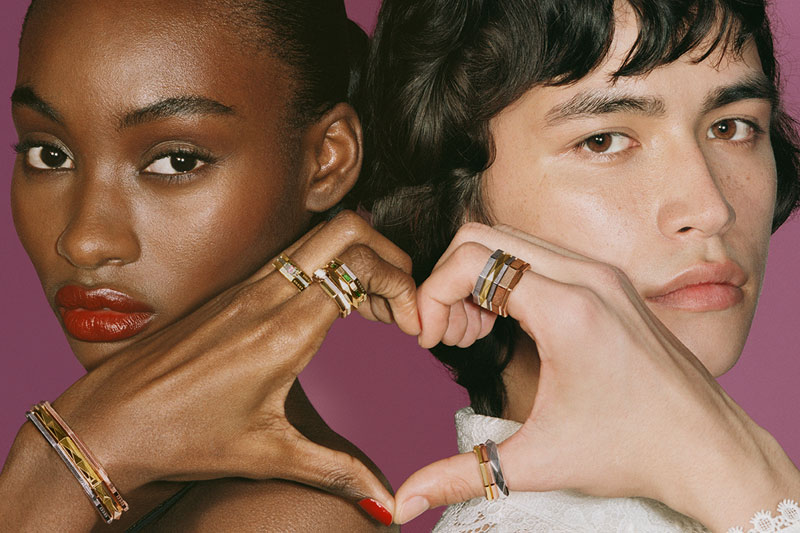