Ajit Rana meets one of the world’s most sought-after bespoke shoemakers, Yohei Fukuda, at The Armoury in Hong Kong (he has a three-year waiting list), and ends up ordering a pair. He takes us with him to the rarefied world of classic English shoemaking, and what makes a creation by this Japanese master truly covetable. 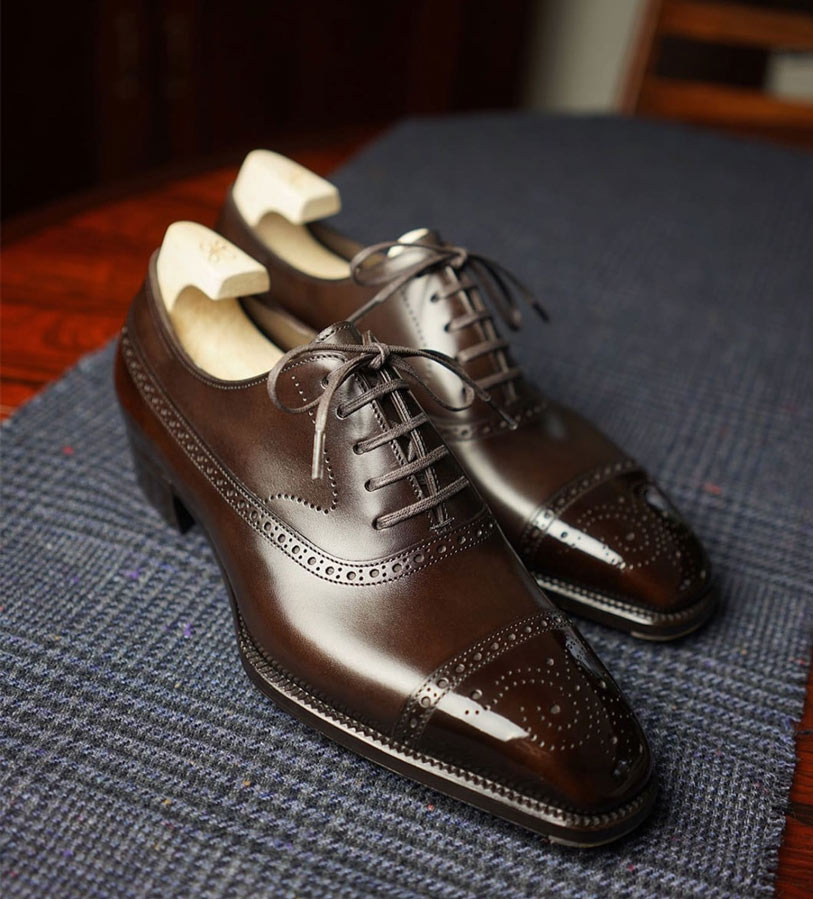 Oxford-style shoes from Yohei Fukuda (Photo from his Instagram)

There's something about slipping into a pair of high-quality handcrafted shoes that someone with a shoe fetish will completely relate to. Over the years, my appreciation and fondness for quality footwear has evolved, and this in turn has led to a desire to seek out the best in comfort, style, workmanship and brand recognition. I now balk at the days when wearing sneakers to a nice outing was acceptable.

Several renowned designers create new footwear fashion every season using the finest materials and avant-garde designs while keeping comfort as a top priority. Regular designer footwear customers have their favourite brands for luxury, style, and personal statements. Over the years I too have developed a fascination for high-quality shoes from renowned global brands. Some of my favourites over the years are Prada, Tod’s, and Bally.

The Yohei Fukuda store in Tokyo, Japan (Photo from his Instagram)

Bespoke handcrafted shoes were, and still are, a skill mastered by shoemakers in the UK, Italy, and France. However in the last two decades some Japanese makers have carved out a niche for themselves, and one such master craftsman is Yohei Fukuda. He is arguably one of the most sought-after names in bespoke shoemaking globally and his waiting list often runs to three years. Fukuda San, as he is popularly called, worked with George Cleverley and Edward Green in the UK and his styles clearly show a strong classic English influence which is timeless and conservative. While other Japanese shoemakers who have trained in Italy and France have a more ‘modern’ and stylized approach to their designs, Fukuda San has taken his base training of traditional English design and created his own signature style that can be spotted in an instant if you are shoe crazy! 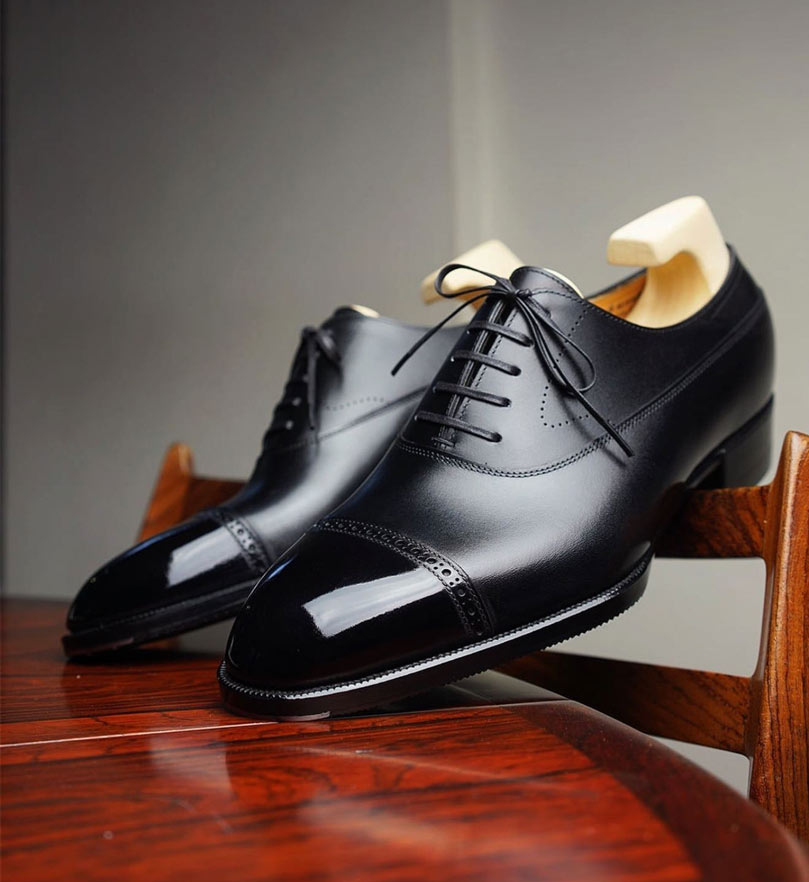 Bespoke Celeste shoes by Yohei Fukuda (Photo from his Instagram)

His signature style is a slightly narrow shoe with the toe area dipping down. The quality of leather used is only the absolute best and like any top-end shoes, they get softer and more comfortable with wear – the supple leather moulds itself to your foot’s exact shape and dimensions. Fukuda works out of his studio in Minato, Tokyo, and invites clients to come in for fittings during the shoe-making process. While this is possible for his Japanese clients, for his global clients he goes on trunk shows to major cities across the world to take orders and carry out fittings.

I heard of Yohei Fukuda only three years ago and pictures of his shoes made me instantly desire to own a pair, even though they are rather expensive! The quality of the craftmanship shone through the photographs of the shoes. To be honest, I had never seen shoes like this. I was besotted! Keeping with the habit of immediately researching anything that catches my attention or fancy, in no time I had all the information I needed of Fukuda San and the magic he creates. Initially it was going to be similar to the magic of a Ferrari or a Patek Philippe which would elude me in this lifetime at least, but then I heard of Fukuda San visiting my second home – Hong Kong.

Ajit Rana with Yohei Fukuda at The Armoury in Hong Kong, with his custom shoe

I visited the store where he has his trunk show in Hong Kong with only the intention of meeting this legend and seeing and feeling his exquisite product. Well, things don’t always go as planned and one thing led to another (it sounds like an intimate moment, but believe me, it really was!!) and before I knew it I was giving my foot measurements for a pair of Yohei Fukuda shoes! That day I was out of pocket for an amount that I dared not disclose to the family as they would feel I had lost my mental balance, which I had, a little! The wife was my partner in crime in this as she is only too keen to encourage me in these momentary lapses of reason!

Fukuda shoe are available in three categories – ready to wear (where you select your size from what is available) which is the least expensive, made to order (where a shoe is adjusted to your foot using an existing shoe design), and bespoke (where the shoe is completely made to your every requirement). I was fortunate that the design I liked was not available in my size so Fukuda San was kind enough to offer me a made to order shoe at the price of a ready to wear. 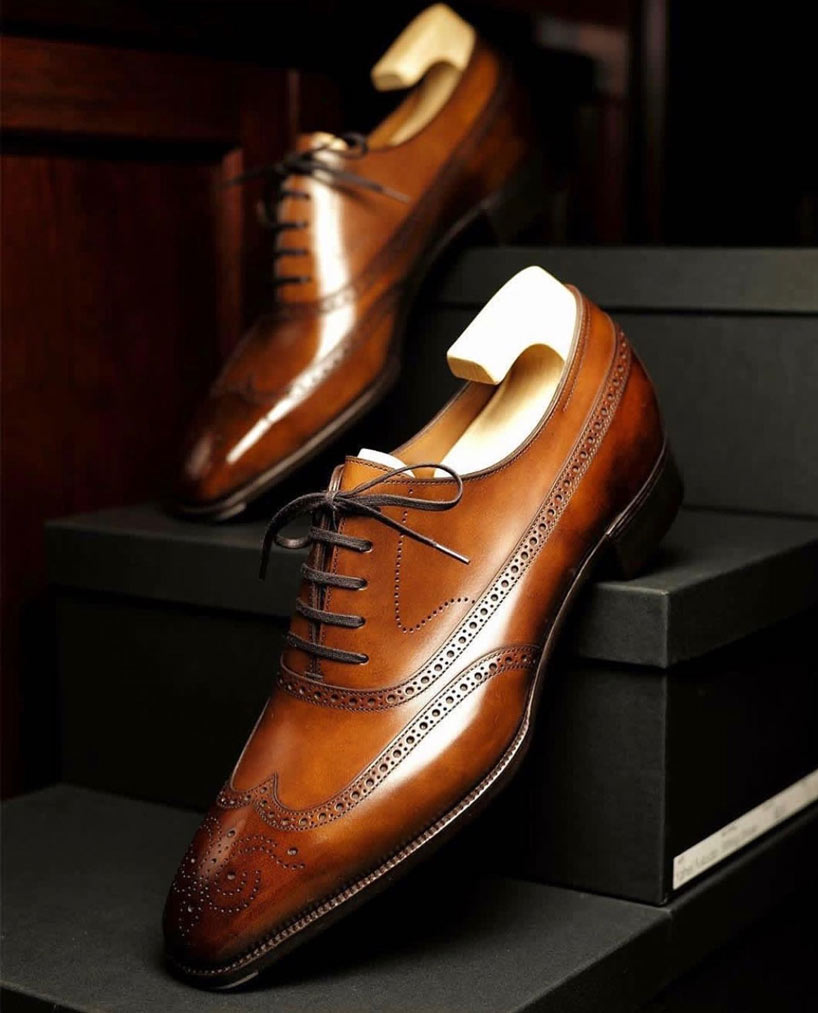 Four months later I revisited The Amoury, which was the venue of the trunk show, to pick up my very own pair of Fukudas. They were wrapped in a brushed tartan cloth bag with a discreet ‘Yohei Fukuda’ embossed on a tiny leather tab. As I removed them from the cloth bag, I held in my hands footwear befit God’s own feet. The two-tone leather glistened in the dimly lit store and felt heavenly to the touch. I have now had the shoes for over a year but have ventured to wear them just the one time to a wedding, only to return home and check them for scuffs before returning them to their soft tartan abode.

To really have the shoes reach that high level of comfort I have to wear them often. I will do that as soon as one is able to resume a normal life post Covid! To Fukuda San – I am a fan! The Robo-Cat from Fashion’s Future