The Road to Capri!

The island of Capri’s first hotel, the iconic Hotel La Palma, built in 1822, is to be transformed by Oetker Collection and owners, Reuben Brothers, into an elegant and exclusive 50-room-and-suite property. In doing so, it recreates and reimagines the magic of its past, that saw a long line of artists, writers, actors, and musicians from all over the world, to once again become the epicentre of the social scene on the island. Located mere steps from the famous Piazzetta, the Hotel La Palma in Capri, just off the Sorrento Peninsula, has been an enduring symbol of elegance and grace, and a hub for the fashionable set from decades past – for icons like Oscar Wilde, Sophia Loren, Grace Kelly, Rita Hayworth, Brigitte Bardot, Jackie O, and royalty. The original Hotel La Palma dates back to 1822, the first and oldest hotel on the island – and used to be known as Locanda Pagano, whose original owner, notary Giuseppe Pagano, hosted travellers in his villa for the pleasure of long conversations. (His guests were artists, poets, writers, architects, painters and musicians, all who showed their gratitude by painting the walls, writing poems, singing and playing in what was dubbed the ‘Artists’ Hotel’.)

And now, Oetker Collection has just added this charming hotel owned by Reuben Brothers to its group of Masterpiece Hotels, reimagining it into a 50-key property (the original hotel had 80 rooms), a complete transformation with a rooftop restaurant and bar, its own beach club, a newly built pool deck, a spa, and high-fashion boutiques. The island of Capri

“I simply cannot think of anything more exciting than the outlook of opening a true masterpiece hotel in one of the most beautiful and glamorous destinations in the world, the island of Capri,” says Timo Gruenert, CEO of Oetker Collection, an exceptional portfolio of Masterpiece Hotels, Estates and Villas in Europe, the UK, Brazil and the Caribbean. “It will be an homage to La Dolce Vita and the legacy of this legendary location – the first hotel in Capri – while reinventing Hotel La Palma to once again be at the epicentre of the island’s vibrant social scene. And as with all our masterpiece hotels, we are truly committed to creating a sense of timeless hospitality, deeply rooted in family spirit and genuine kindness.” Hotel La Palma - every room has its own terrace

“We are thrilled that Hotel La Palma will be joining the prestigious Oetker Collection portfolio of hotels; a group that has, for so long, upheld the very highest standards in refined hospitality,” says Jamie Reuben of Reuben Brothers, a leader in private equity and real estate development around the world. “When we acquired the property we saw its potential to become a truly world-class hotel, a vision shared by Oetker Collection. We have no doubt that Hotel La Palma will be right at home next to some of the world’s most legendary hotels and part of this glittering hotel brand, and similarly that Oetker Collection will breathe new life into this history-steeped Italian icon.” The town of Capri at sunset

Come April, the original hotel on Capri will once more become the chicest address on the island for people who want to see and be seen. During its renovation, the room count of the hotel is being drastically decreased, from 80 to 50 rooms – including 18 suites – each complete with its own private balcony or terrace. The property’s interiors are currently being transformed by two acclaimed architects: led by Rome-based Francesco Delogu of Delogu Architects for the rooms and lobby, and New York-based Tihany Design, one of the world’s preeminent hospitality design firms, led by Adam Tihany and Alessia Genova, for the restaurant, pool, spa, and beach club."

Located in the beating heart of Capri, just around the corner from the famous Piazza Umberto I – well-known as the ‘Piazzetta’ – Hotel La Palma is perfectly positioned for guests to visit some of the most notable sites of Capri: I Giardini di Augusto, Via Krupp, La Certosa and the iconic Faraglioni. Another of the island’s best-known, must-visit natural sites in easy reach from the hotel is the ‘Grotta Azzurra’ – the Blue Grotto – a dark cavern where the sea glows electric blue, the result of sunlight passing through an underwater cave. In true Italian fashion, Hotel La Palma will be a gourmand’s delight, with Gennaro’s restaurant, bar and terrace, under the culinary direction of Chef Gennaro Esposito. Esposito is a true name in the region, having run his own two-Michelin Star restaurant, Torre del Saracino, for the last 23 years. A simple, stylish step back in time to the Capri of the 1950s, Gennaro’s will embrace the timeless romance of the island, serving unpretentious, authentic Italian cuisine. A contemporary, vibrant place that shuns formality and celebrates the spirit and cuisine of Capri, Gennaro’s will also benefit from being right next door to the great Taverna Anema e Core. Another highlight will be Bianca, a glamorous, newly created rooftop restaurant and bar open ’til late with spectacular views over the sea and Capri Village. Bianca, also under the culinary direction of Chef Gennaro Esposito, will become the island’s chicest hangout, transporting guests to another time and place. In addition, Hotel La Palma will offer a brand-new pool deck, complete with an elegant pool bar which pays homage to the ‘classic Capri’ of the golden age. Hotel La Palma - one of the renovated rooms

A playground for the jetset

A short drive to Capri’s southern coast, guests will discover Hotel La Palma’s elegant, yet buzzing La Palma Beach Club in the Marina Piccola, home to the island’s most famous beaches and restaurants. This will be the place where fabulous people come and go, to watch sun-drenched days flow into glittering twilight evenings. Open to non-hotel guests, visitors will come from yachts and neighbouring hotels as La Palma Beach Club becomes the meeting place of choice on the island for long, lazy lunches created by Gennaro Esposito and sunset cocktails. By day, it will be a playground for the great and the good and by night, home to carefree indulgence and the place to rendezvous and soak in Capri’s animated social scene. Back at the hotel meanwhile, there will be an indulgent spa which will offer three treatment rooms, including one double treatment suite, a sauna, steam bath and ice shower, relaxation space and fitness centre. The hotel will also offer three boutiques. Effortlessly laidback and a synonym for enduring elegance, Capri is an island in Italy’s Bay of Naples off the Sorrento Peninsula, famed for its rugged landscape, iconic restaurants, excellent shopping and glamorous visitors from the literati, dignitaries, royalty and A-list celebrities. Accessed exclusively via boat, yacht or helicopter from the mainland, Capri has remained a popular tourist destination since the 1950s; a sun-soaked playground for the contemporary jet set that captures the quintessential spirit of the Mediterranean in Italy’s Campania region.

How to get there

Capri can be accessed by air or by sea. The closest airport is Naples International Airport, located approximately 10 km from the city’s port. There is also a heliport in Anacapri and other airports include Ravello (20 minutes) and Rome (70 minutes). In addition, the island can be reached by ferry or hydrofoil in 25 minutes from Sorrento or Positano, in 50 minutes from Naples, and in one hour from Amalfi. 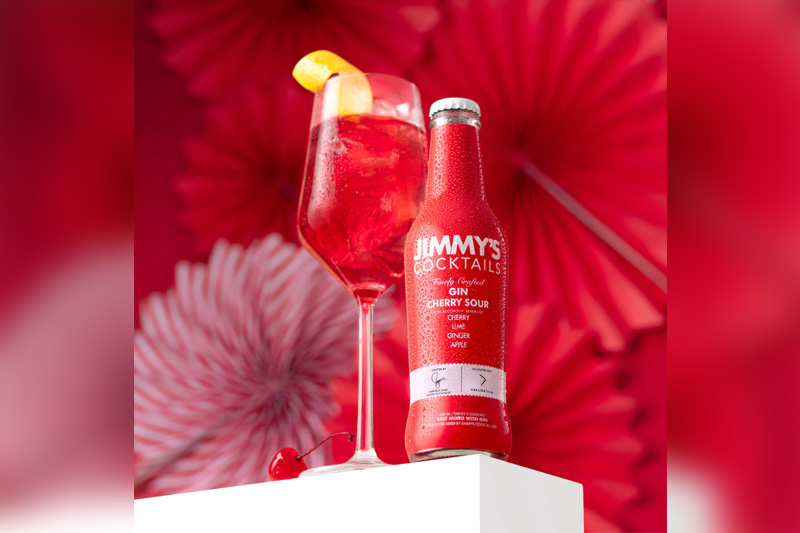 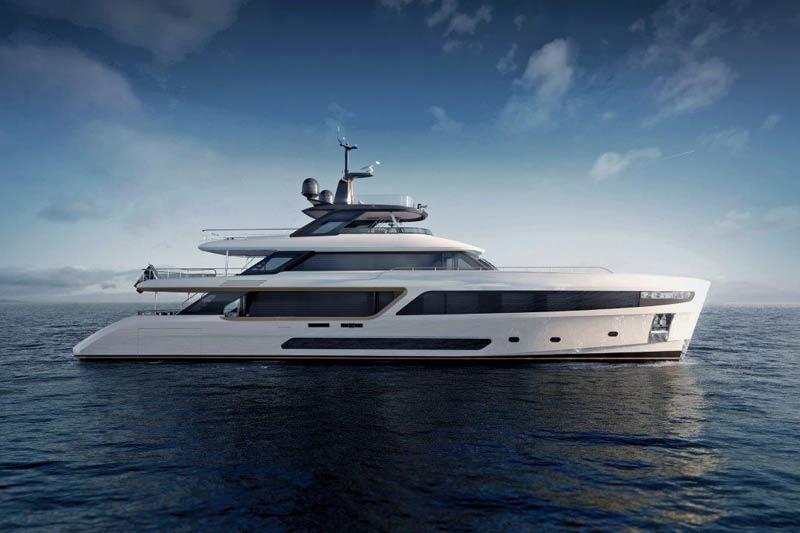 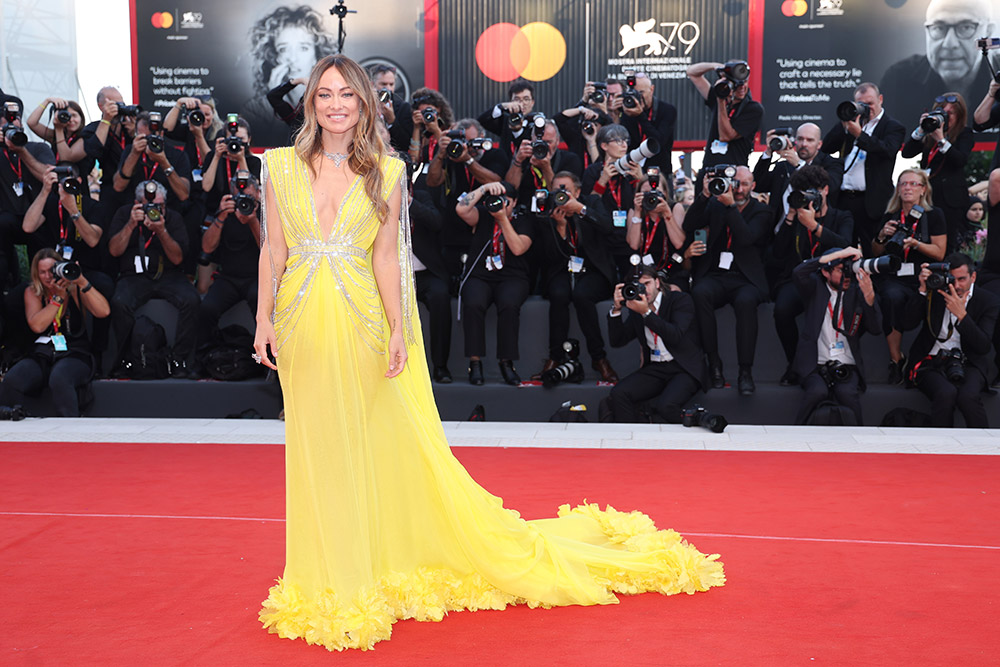