The Palace of Illusions

The first Indian woman designer to showcase at Paris Haute Couture Week, Vaishali S creates history by being the first Indian woman designer to have her own show at Milan Fashion Week, Srauta, with silhouettes in handwoven Indian textiles, and the incorporation of pashmina wool. She also debuts her Pret-a-Porter line with this show held inside a beautiful Milanese palace.

The Palazzo Durini, venue of the Vaishali S fashion show

It’s been a year of firsts for this Mumbai designer - first woman designer at Paris Haute Couture Week last year, and now at Milan Fashion Week. Known for her handwoven, sculptural pieces and ardent support of dying weaves, Vaishali Shadangule’s label Vaishali S, has now stormed into the fresco-adorned palazzos of Milan – more specifically the 17th century Palazzo Durini, which was recently the venue for her RTW show at Milan Fashion Week. 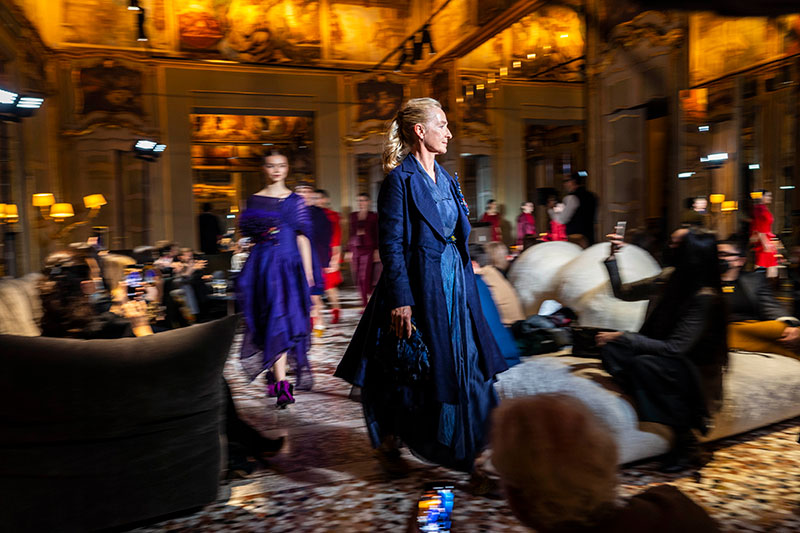 Simone Vago – nephew of vanguard artist Valentino Vago – and Paola Amerio hosted the show attendees and guided them through this emotional journey. The sprawling space at the palace where the show took place featured four gigantic rooms that accommodated the over 250 guests – which included some of Milan’s top journalists and VIPs – that attended the show. 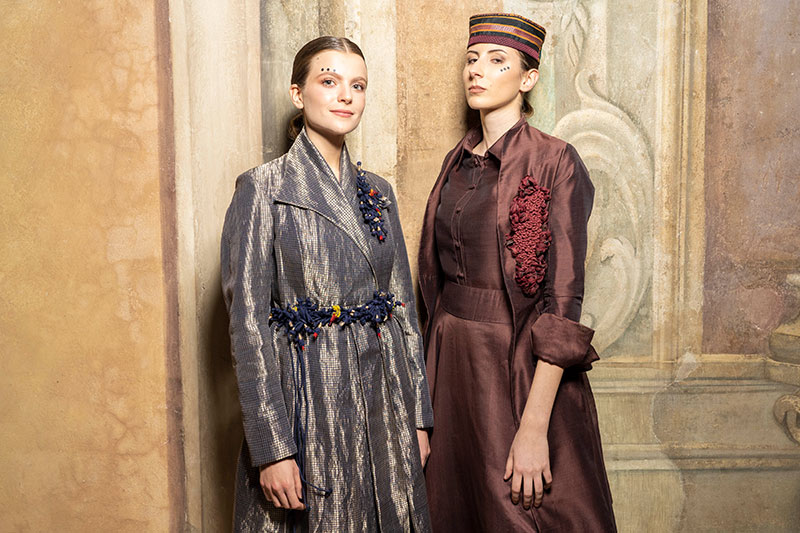 Vaishali S models at the show

Vaishali’s new collection, named Srauta – a word taken from ancient Vedic texts and meaning ‘sacrifice’ in Sanskrit – is centred around the theme of sacrifice. It represents the flow of energy that connects everything in nature and how it sacrifices itself in one form to come to life into another form. It’s the metamorphosis of an animal’s strand of hair or fur to a thread, which gives life to a fabric, which ultimately becomes a part of a garment in Vaishali’s Srauta collection. 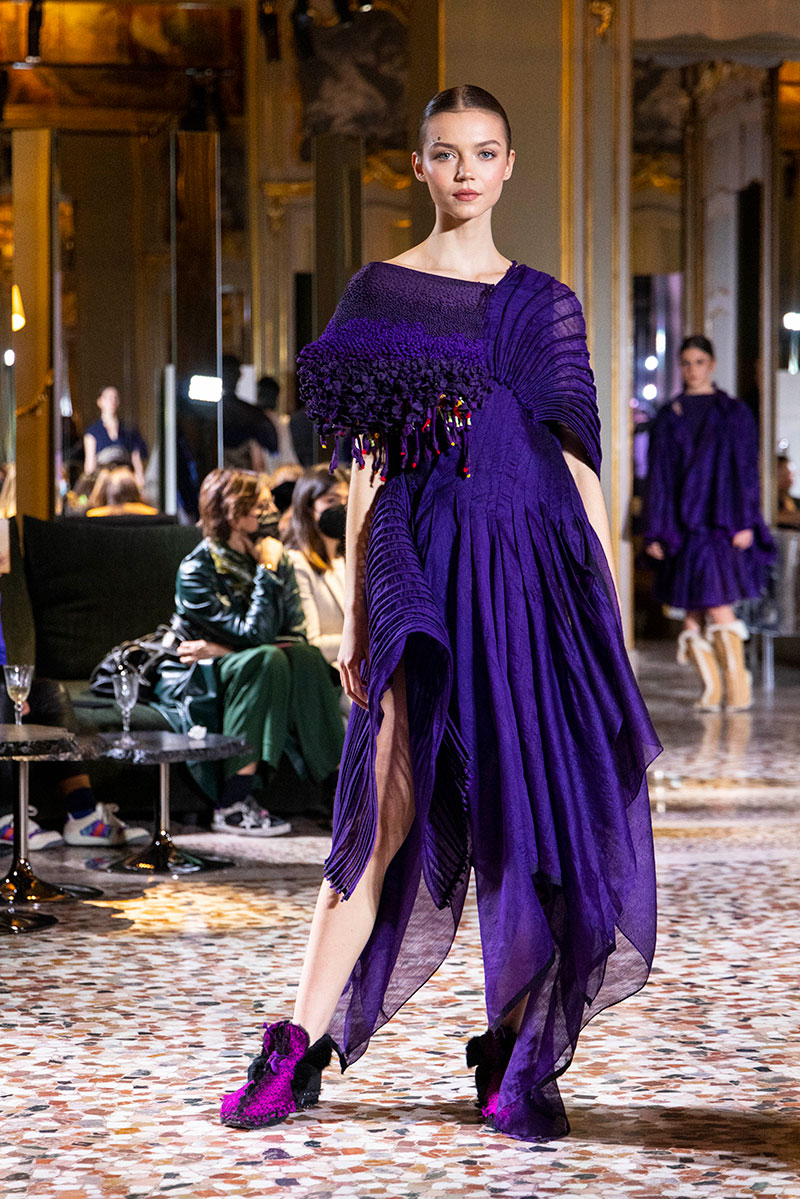 The collection of around 40 garments featured not only embroideries but full-fledged haute couture design and fabrics in a fresh prêt avatar, that shone the spotlight on hand-woven Indian textiles. Vaishali has used blockchain technology for this collection, which will guarantee the technical traceability of garments’ history, thereby ensuring not only that sustainability is the focus throughout all processes, but also guaranteeing that clients can trace the journey of the hair fibres of the goat – in case of pashmina – to the final garment, with a quick scan of a QR code. 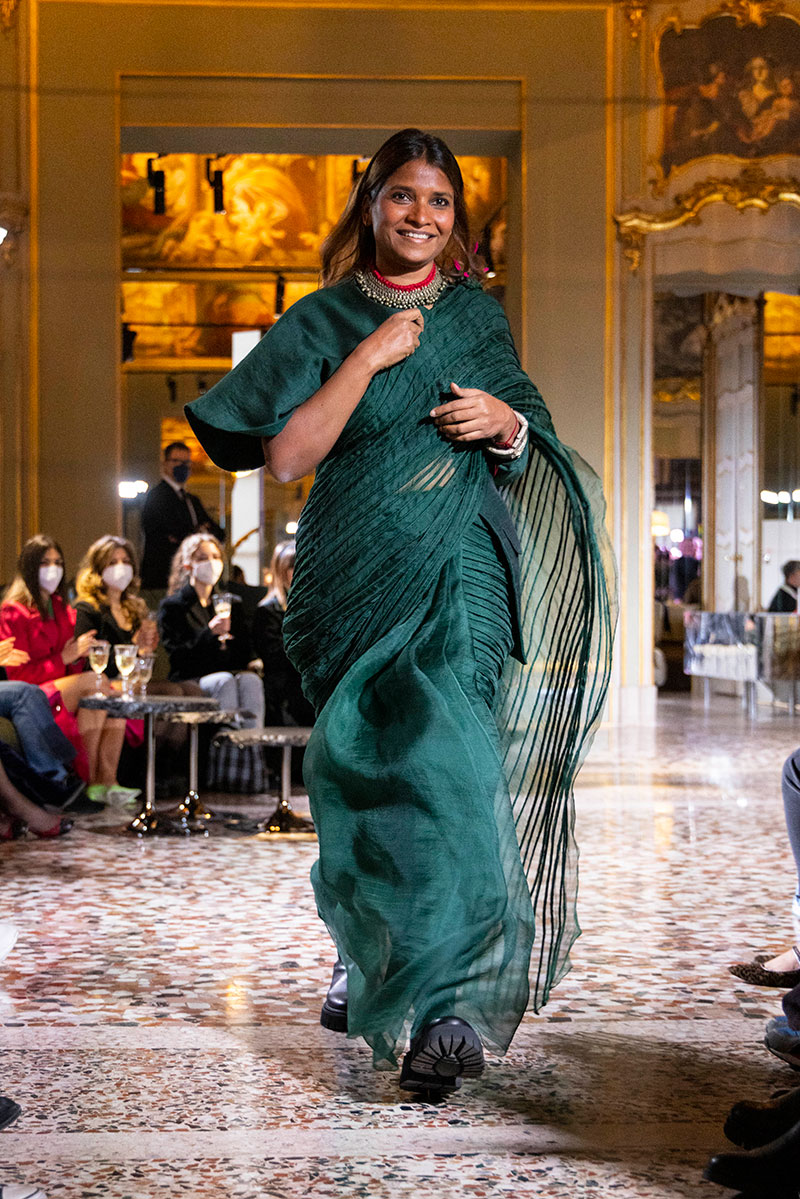 Vaishali tells us about this special collection:

PR: Congrats on your Milan show! How was it like to do the show at Villa Durini – which was literally like a salon with models walking through the large halls?

VS: It has been magical! It was amazing how my colour palette blended with those 1645 AD frescoes. And knowing that it had been the place for Giorgio Armani’s first solo show kind of gave me constant goosebumps and lots of energy! 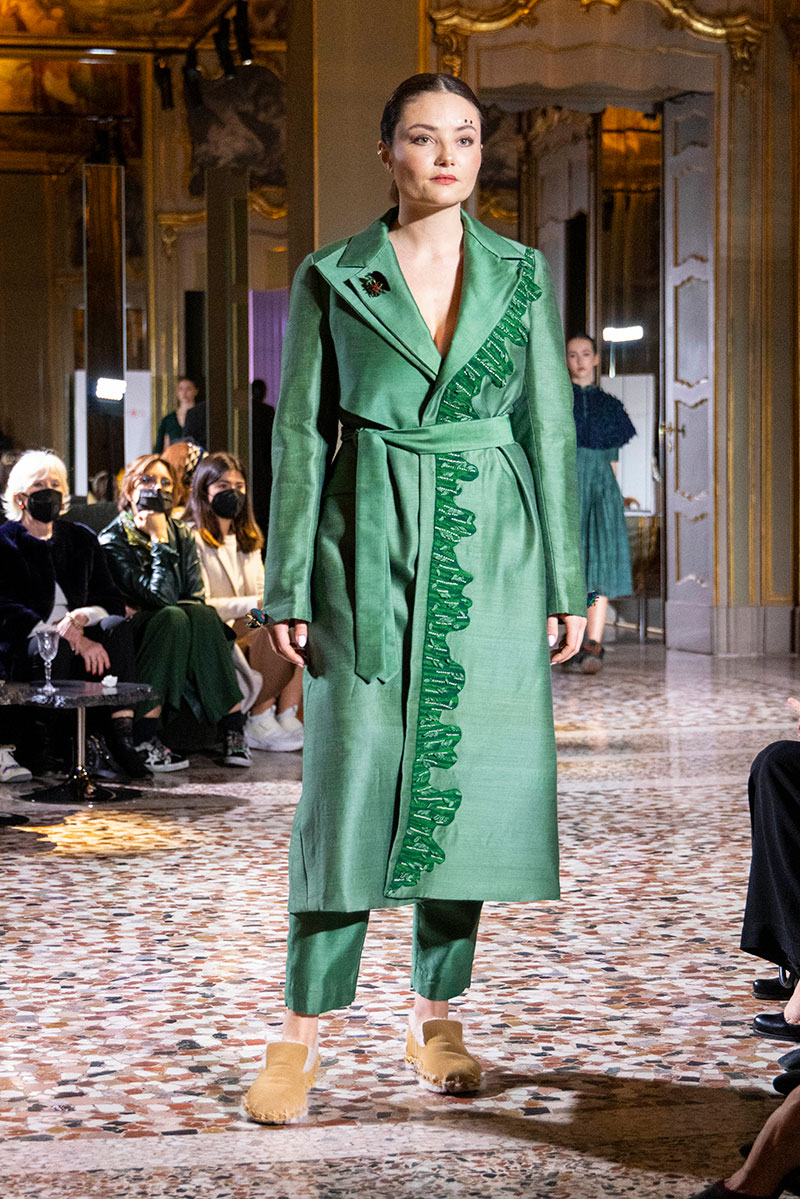 This also launched your pret-a-porter line worldwide – can you tell us a bit about what were the kinds of dramatic silhouettes that you wanted to include in it?

You know my mission is to give Indian hand weaves global silhouettes. In Paris at the time of the Haute Couture they had been indeed very dramatic. This time it was pre-à-porter, which means that the creativity had to be constrained within a smaller precinct. Nevertheless, each of my collection is a further step on a seamless path of research on how to give shape to the flow of Nature. In this collection you will find this further evolution. 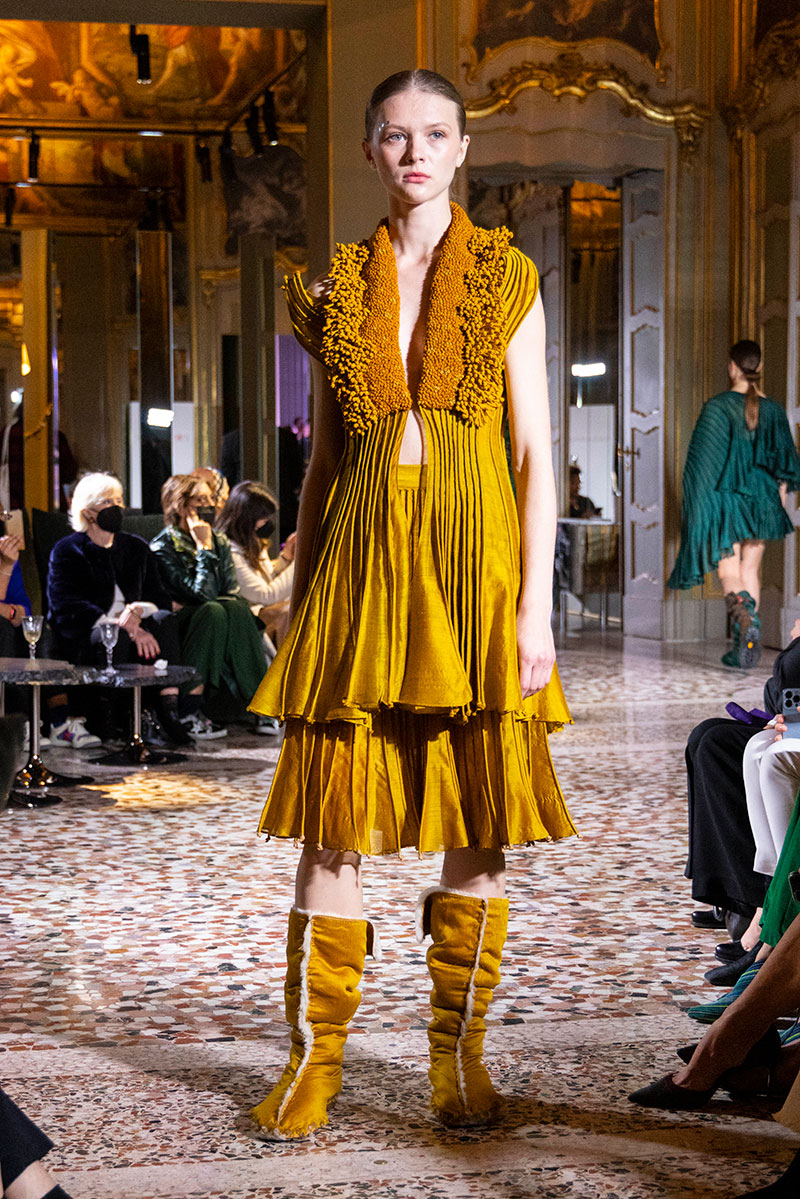 Srauta was like a coming together of jewel tones – what was the combo of wool and weaves that you chose to showcase?

Srauta is an autumn winter collection, thus it needs a warmer blend on the loom. At the same time, I need light and moldable materials for my silhouettes. Therefore, I have created two blends with Merino wool and with pashmina. We have had to work carefully in calibrating the handlooms in different ways, but the result is quite exciting, with weaves that are unique, light, and warm at the same time.

Your signature cording is everywhere – would you include this in all your collections?

Yes, for sure. Cording is beautiful and dramatic. But it also responds to two important uses. It helps me take care of my leftover fabric, and it allows me to shape my silhouettes on the soft Indian handwoven fabrics. 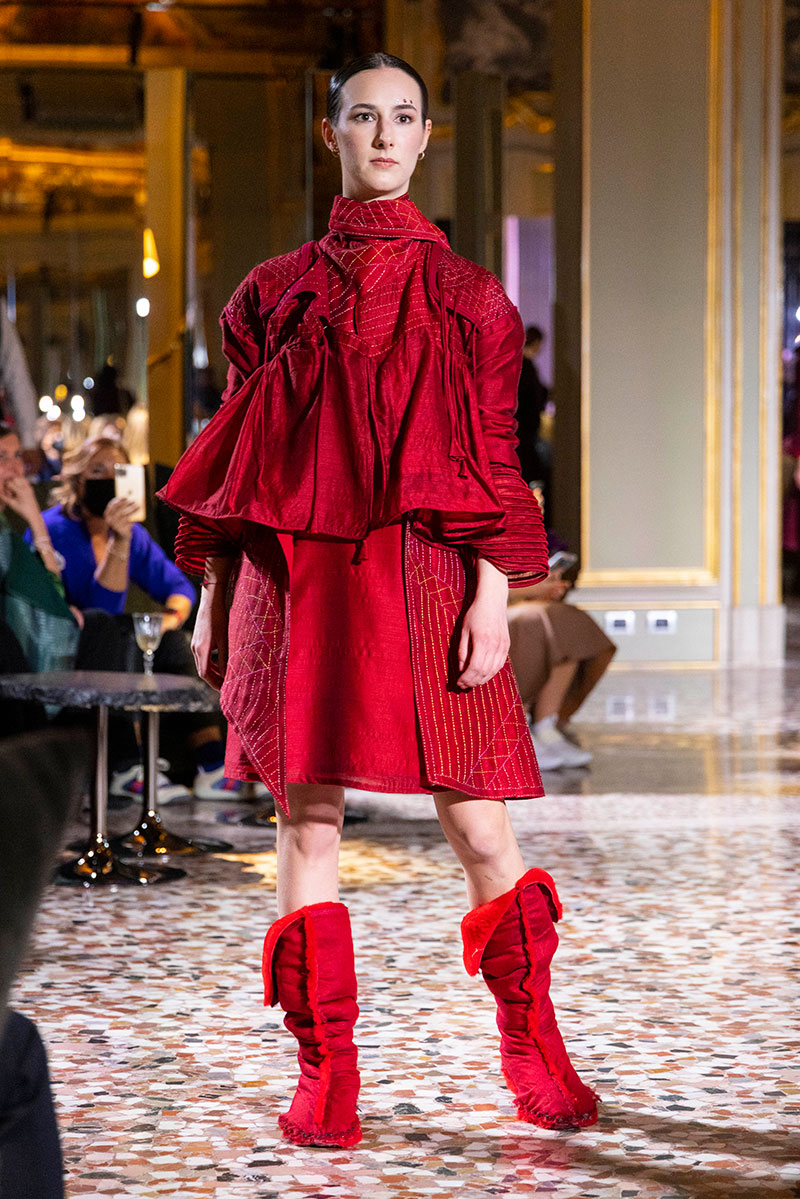 A flaming red outfit with shoes by Vibram

Can you tell us about the shoes by Vibram?

You know my quest for maximum sustainability. Shoes are the toughest element in this sense. The collaboration with Vibram has given birth to shoes that are as sustainable as possible, in all senses. We used the 96 percent recycled Vibram soles and coupled them with the left-over fabrics from the collection, with a result of sustainable shoes and aligned to the styles of the collection. 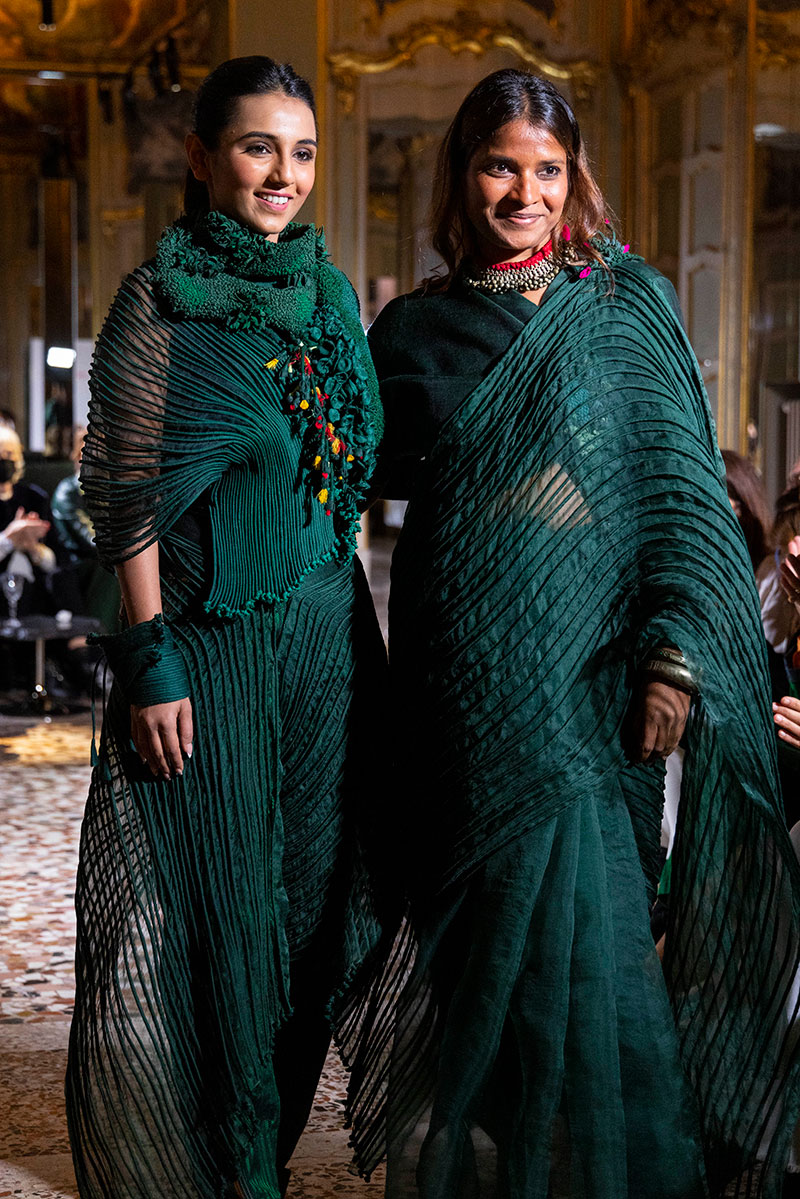 Why is zero waste important for you as a designer?

For two main reasons. I am dedicated to sustainability, and zero waste is an integral part of it. But I am also in love with Indian handweaves and know how much work is in them: it would make me feel pain to waste that kind of skilled hard work.

You have played with Benarasi brocade and weaves - can you tell us about the different weaves that you have used for the collection?

In my collections I always try to have all the weaves I have used in the past, in order to give constant work to my weavers. You will thus find Benarasi, Khun, Chanderi, Maheshwar, and so on. 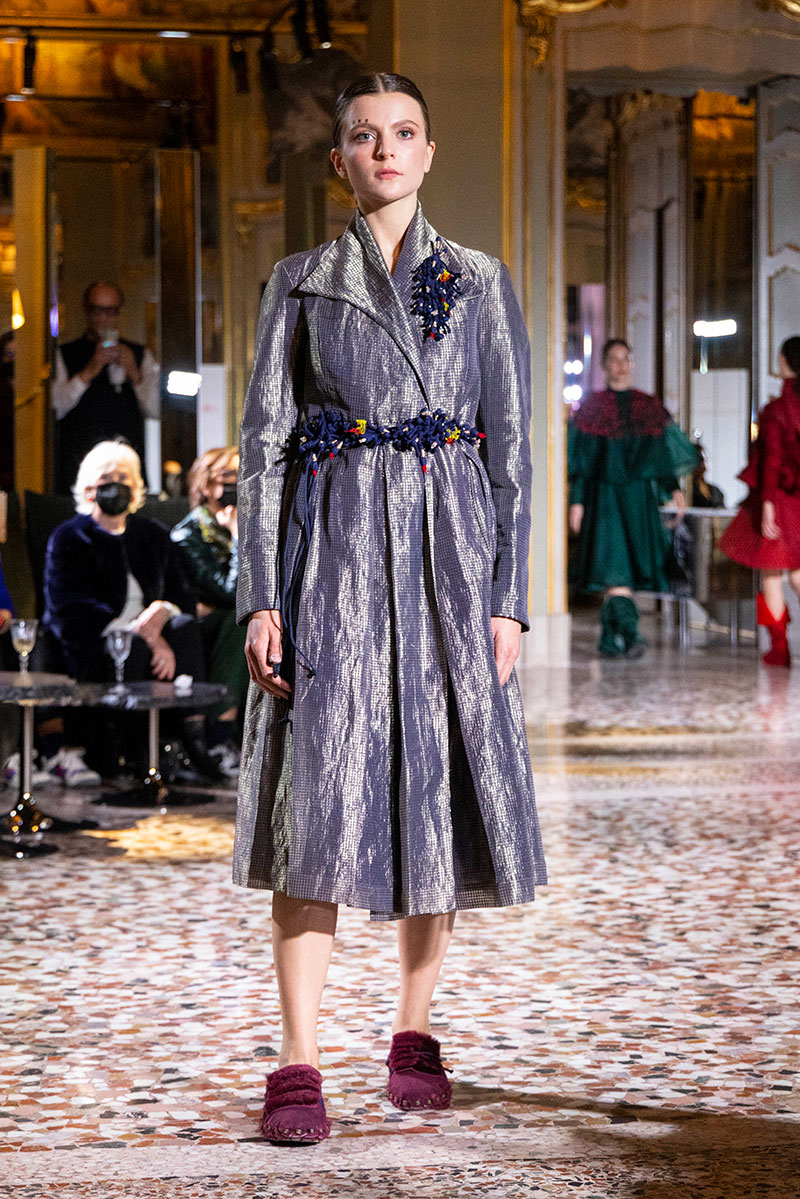 How have you been able to incorporate silk, and wools and chanderis into the weaves - is it something the artisans were used to making? Or was there something unique that they made just for you?

To the usual materials we incorporated wools in order to have warmer weaves. These were new blends which we had to develop together with the weavers. Wools are more delicate and need a different calibration of the weights on the weaves. It has been an exciting exercise. 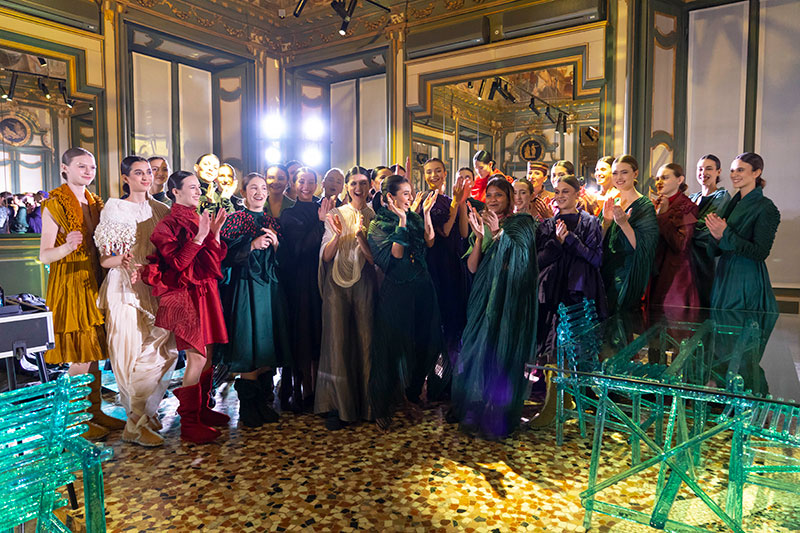 How was it partnering with DeBeers after the Paris Haute Couture Week?

De Beers is a very professional company dedicated to sustainability, thus in that sense we had a very aligned focus. 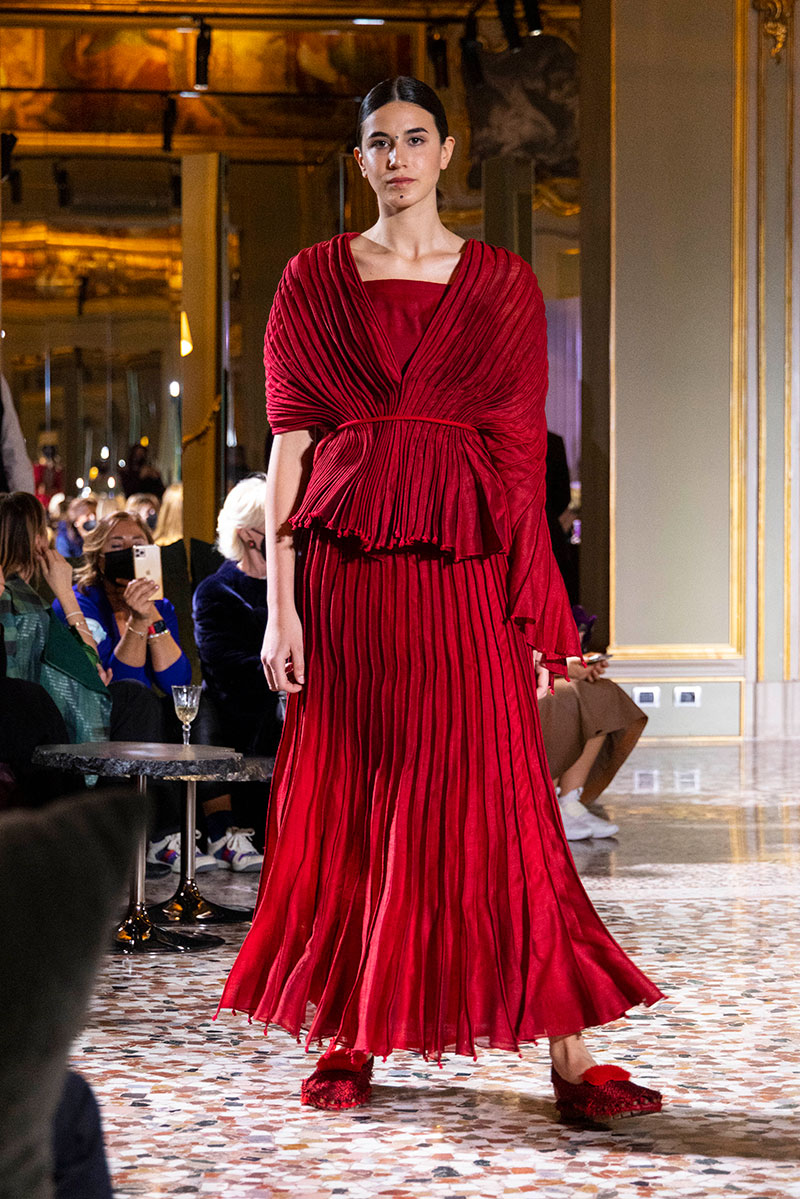 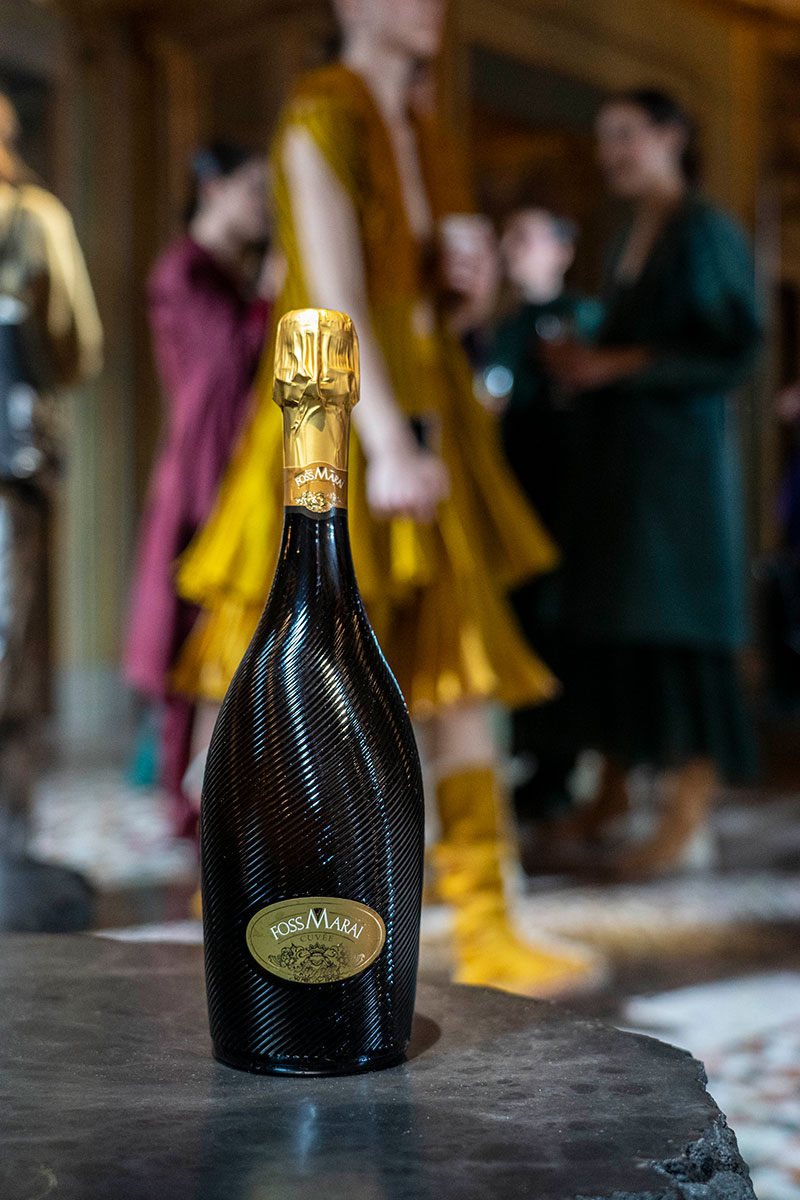 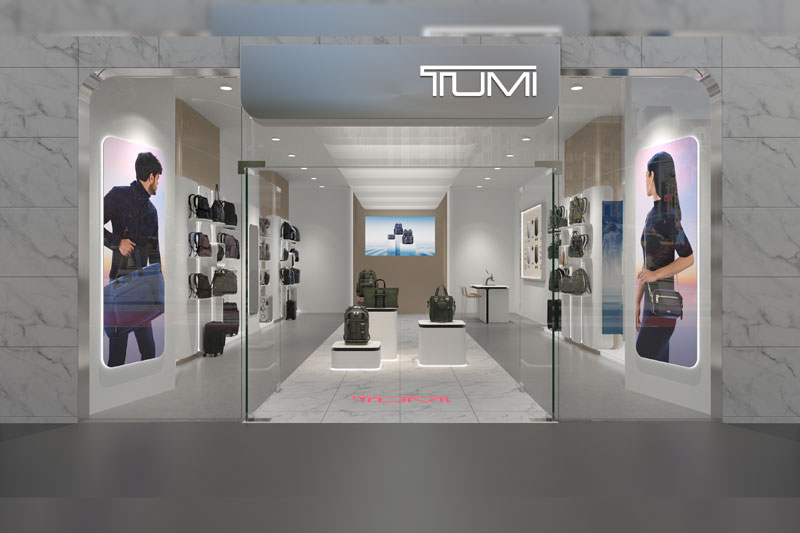 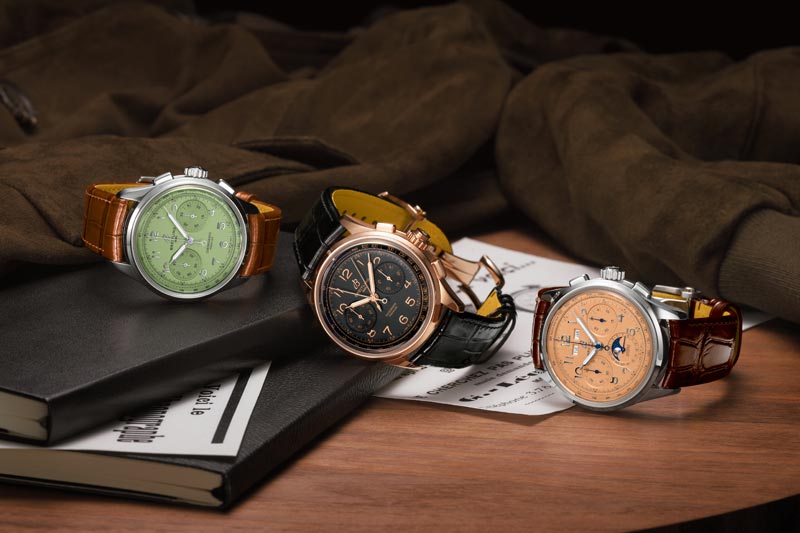 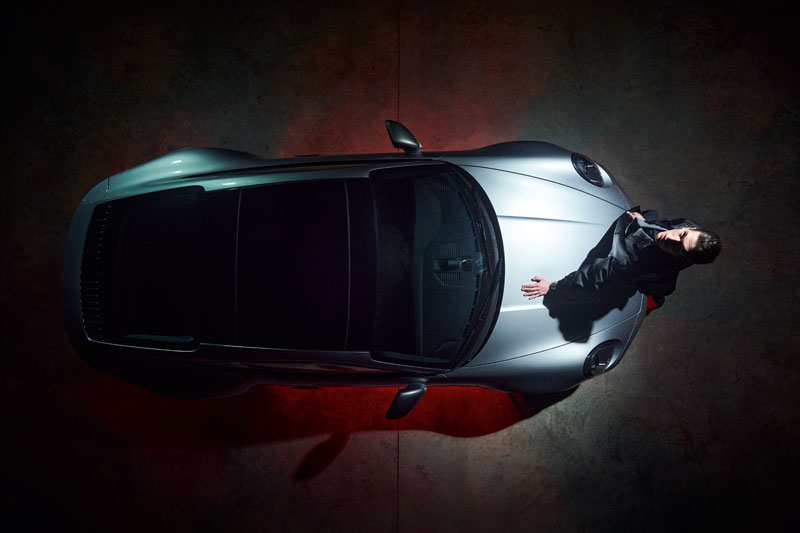 Together for the Win