The first-ever Digital India Couture Week presented by the Fashion Design Council of India kicks off with an ode to inclusive love – a film by couturier Gaurav Gupta with sculptural jewel-toned pieces that almost steal the show, but the real heroes are his courageous protagonists who challenge the status quo. 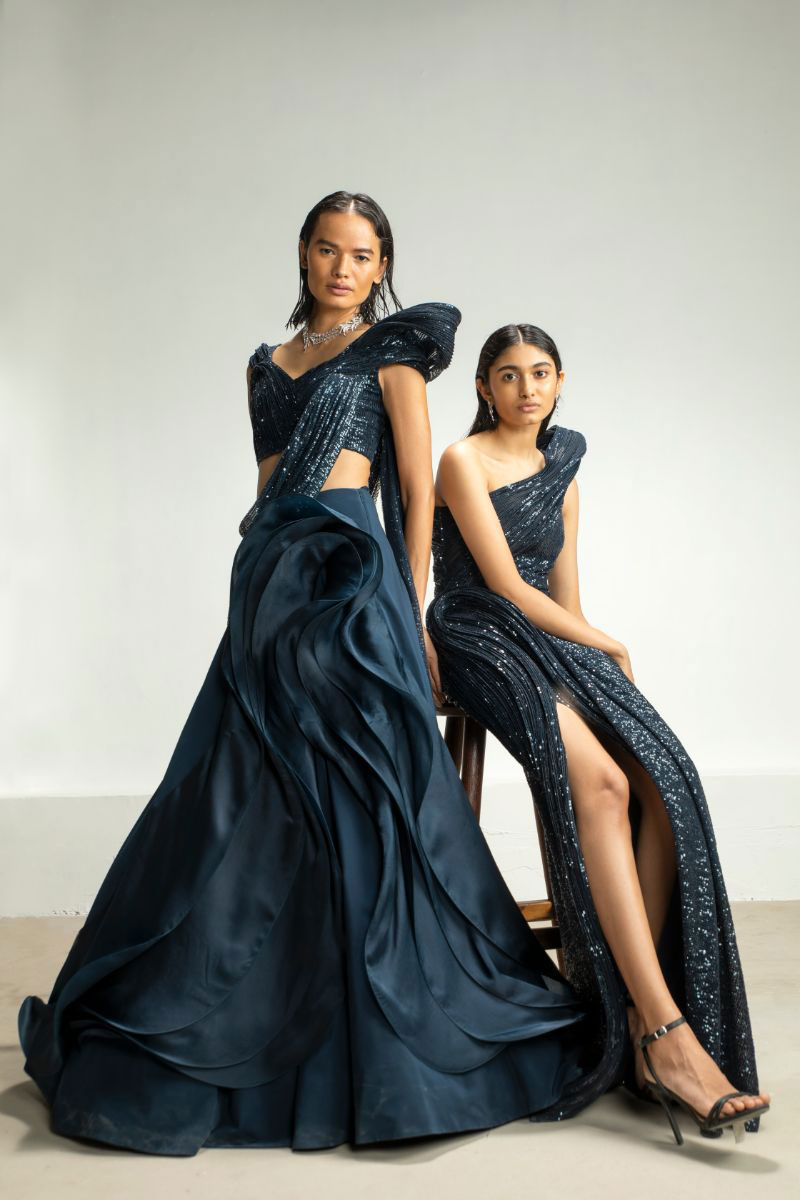 It’s an ode to love, but not just any love – one that’s all-encompassing. In his pre-show video, maverick designer Gaurav Gupta had promised something very different, very colourful, and very bold, and he didn’t disappoint. His outfits have drama, style, and structure, they’re jewel-toned and curvaceous, all the things we love about them, but this is an opportunity for him to tell a story – the way he wants. Gaurav Gupta opened the first-ever Digital India Couture Week, presented by the Fashion Design Council of India (FDCI) in association with Hindustan Times with a slick movie – ‘Name is Love’ – that’s part fashion film in which the opening credits with a cast of characters are as long as the film itself, and part indie film that fuses a modern love drama with a runway show, and backstage goings on with love intrigues. 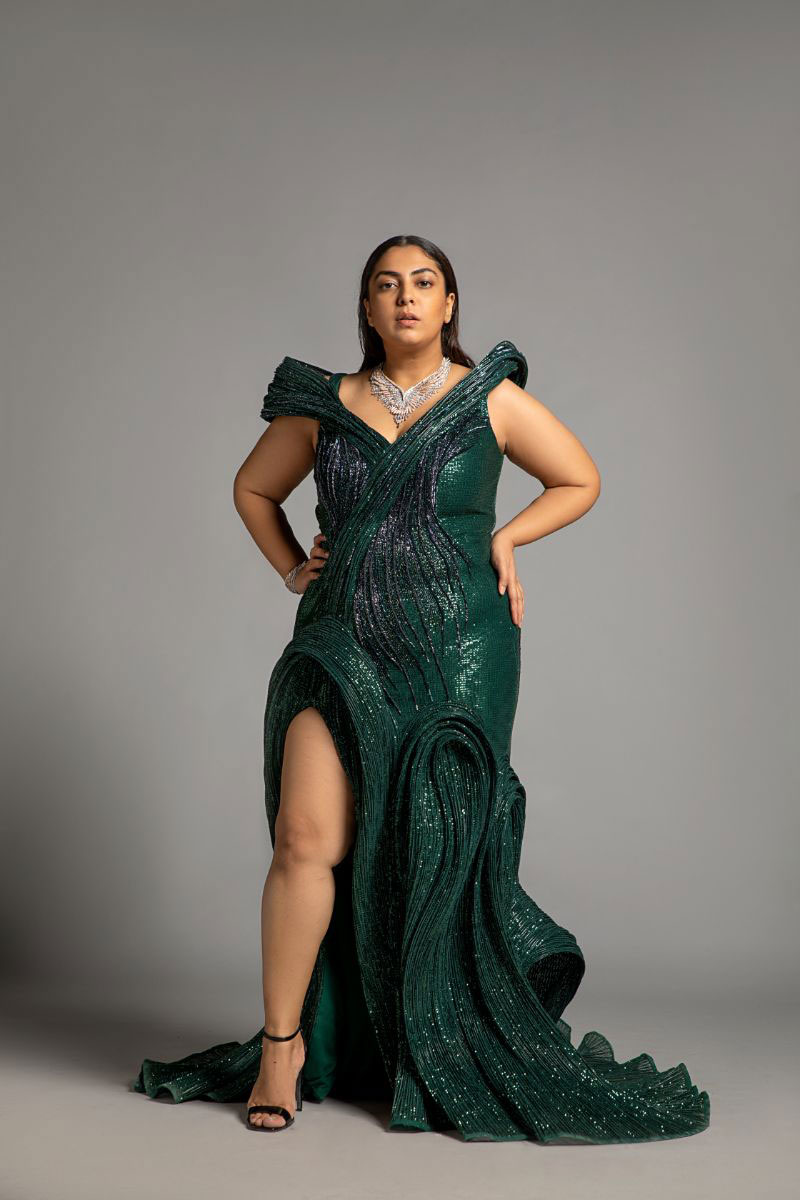 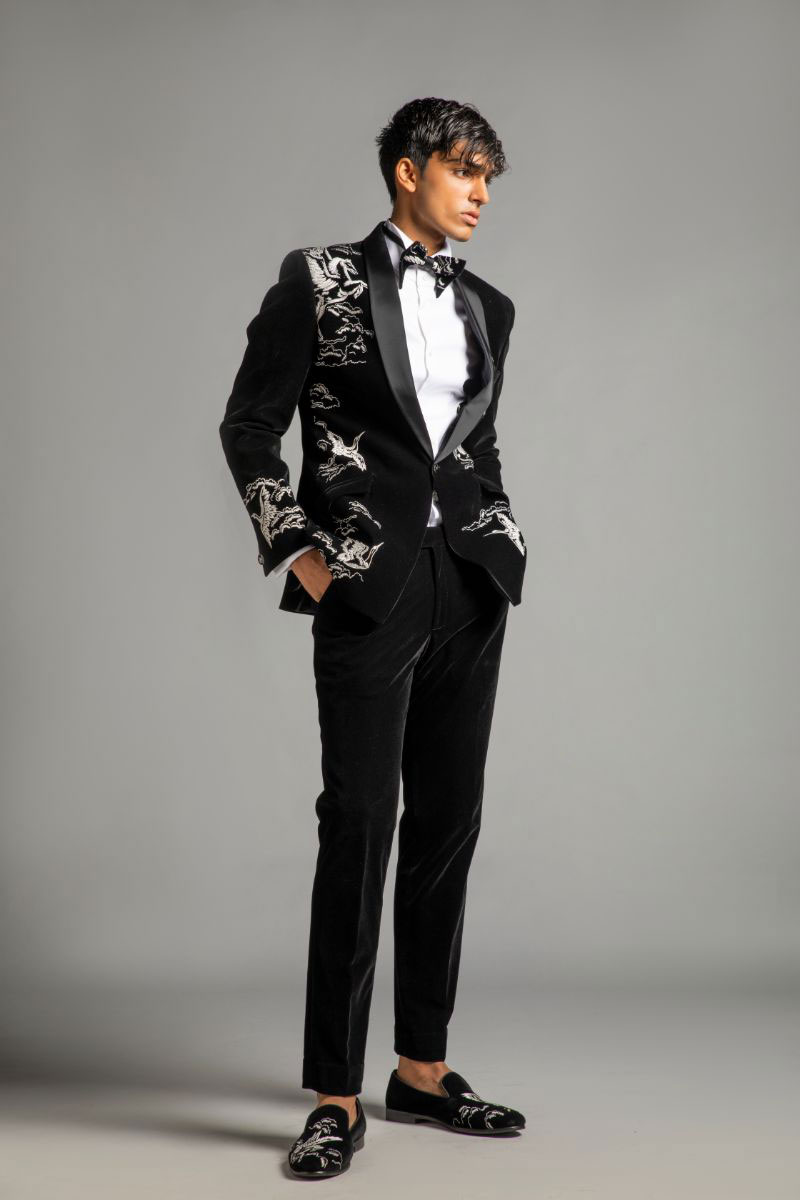 He says that the pandemic was an opportunity for him to reflect on his actions, to hit pause, so to speak, and re-look relationships, beliefs, actions, the power of art, fashion, and creativity. Post-show, during an Insta live with Vogue, he says that he has been crying, and is trembling. “When the pandemic hit, I was naturally concerned for my 300 employees,” says Gaurav Gupta. “But then once things opened up, everything changed. We made a fab website (he’s just launched his online boutique GauravGuptaStudio.com), and our aim is to create an international collection from India.” As soon as the show was over, all the outfits went live and are available on the website. 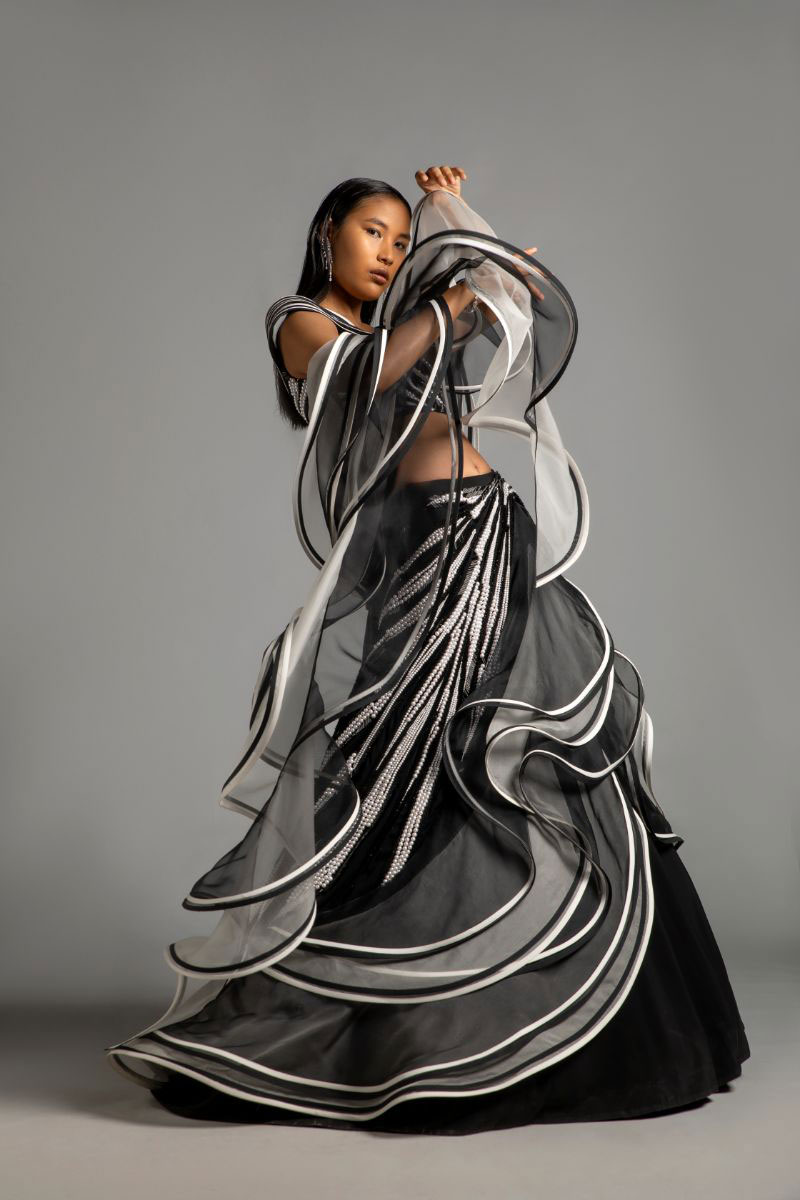 Ruffled poetry beyond black and white at Gaurav Gupta – FDCI

His gowns with tiered ruffles haven’t gone anywhere. If anything, they are mixed with shades of grey to reflect the mood of the day – of things being in between, and never just black and white. In men’s velvet tuxedos, embroidered birds fly free, unfettered with the burden of defining themselves, of boxing themselves, much like the models themselves. “Love: love for self, love for all genders, love for all body shapes, love for all ethnicities, love for all sexualities. Love for inclusivity,” says Gaurav. “There is a new wave of social change in India which has been exposed only in pockets but hasn’t received a mainstream platform - the campaign is meticulously curated in order to uphold authenticity and capture a true sense of rawness which is vulnerable yet utterly endearing at the same time.” 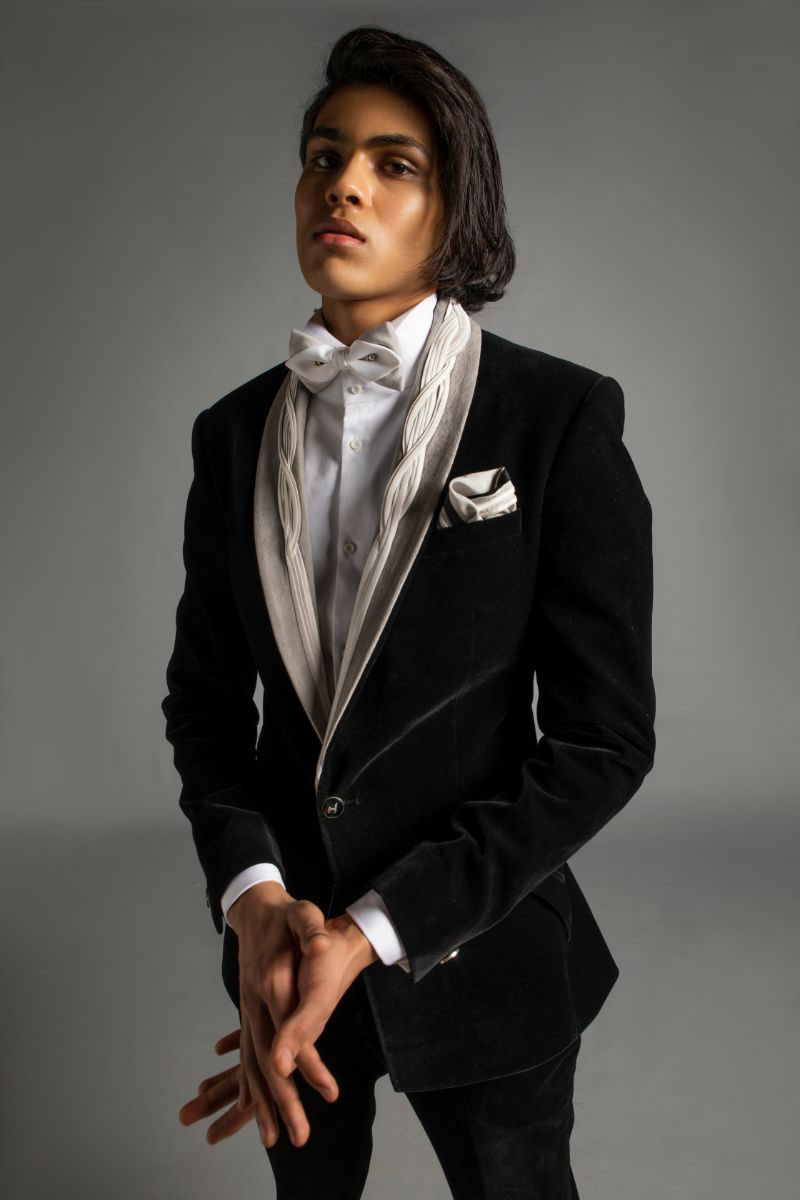 He says that while his team was casting, they discovered “beautiful stories where differences and sexualities were not just accepted but celebrated”. The stories of these courageous and honest models are there for posterity, a capsule in time – a time of change. “We were enamored by these individuals’ sheer optimism,” says Gaurav. “Their experiences felt familiar, yet bold and their stories needed to be heard.”

From Anjali Lama: a trans-female supermodel, Tarun: a non-binary model taking forefront in International campaigns and owning his feminine and masculine side gracefully in front of the camera, Nitya: a body positive woman, Vee: a trans-male model effortlessly showcasing his true self, two boys in love with each other – Rudra and Anurag to two girls in love with each other – Manauti and Anjali, happily living-in with their parents. “We are celebrating all kinds of love, indeed a revolutionary and emotional moment to be seen and celebrated,” says Gaurav. “In this process, we also discovered models from Jharkhand, Haryana and Assam who are oozing the potential and confidence to take over the International runway very soon.” 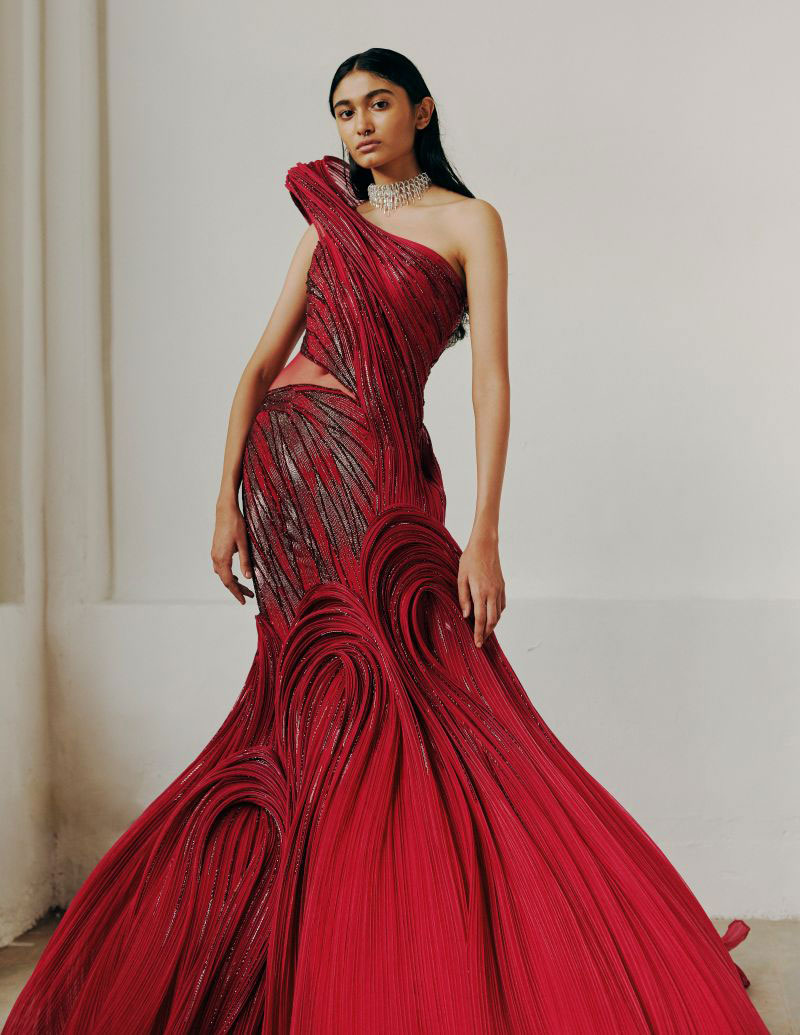 And for the show’s soundtrack, poet Navkirat Sodhi, has written and recited ‘Name Is Love’, with an original score by Sahil Vasudeva (the track is available across Soundcloud and Spotify).

“In India today, we are witnessing a cultural shift and are proud to have partnered with these fierce individuals and to have represented varied forms of love,” says Gaurav. “We wish that this message resonates and connects with millions of people who are facing prejudice or feel inhibited to express themselves due to pre-conceived societal norms; we hope that their voice can create a ripple of change.”

And for Gaurav Gupta, where there’s love, hope is never far behind. 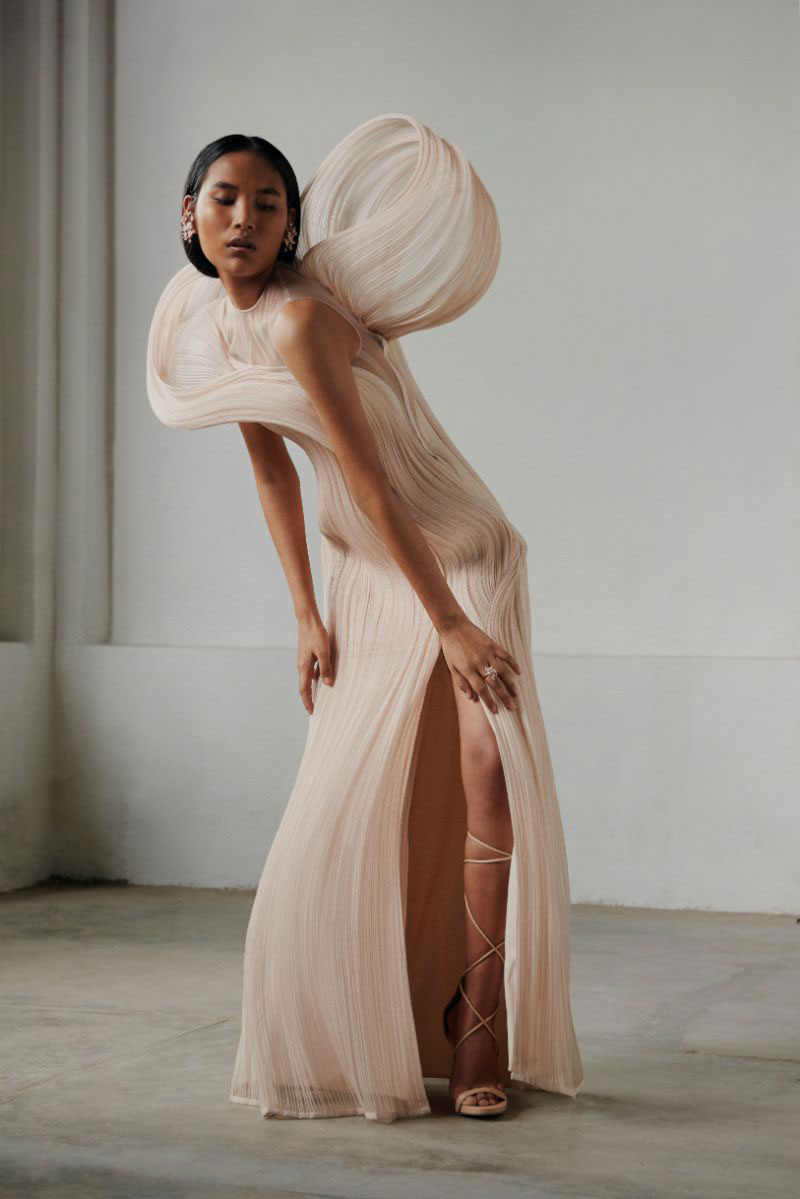 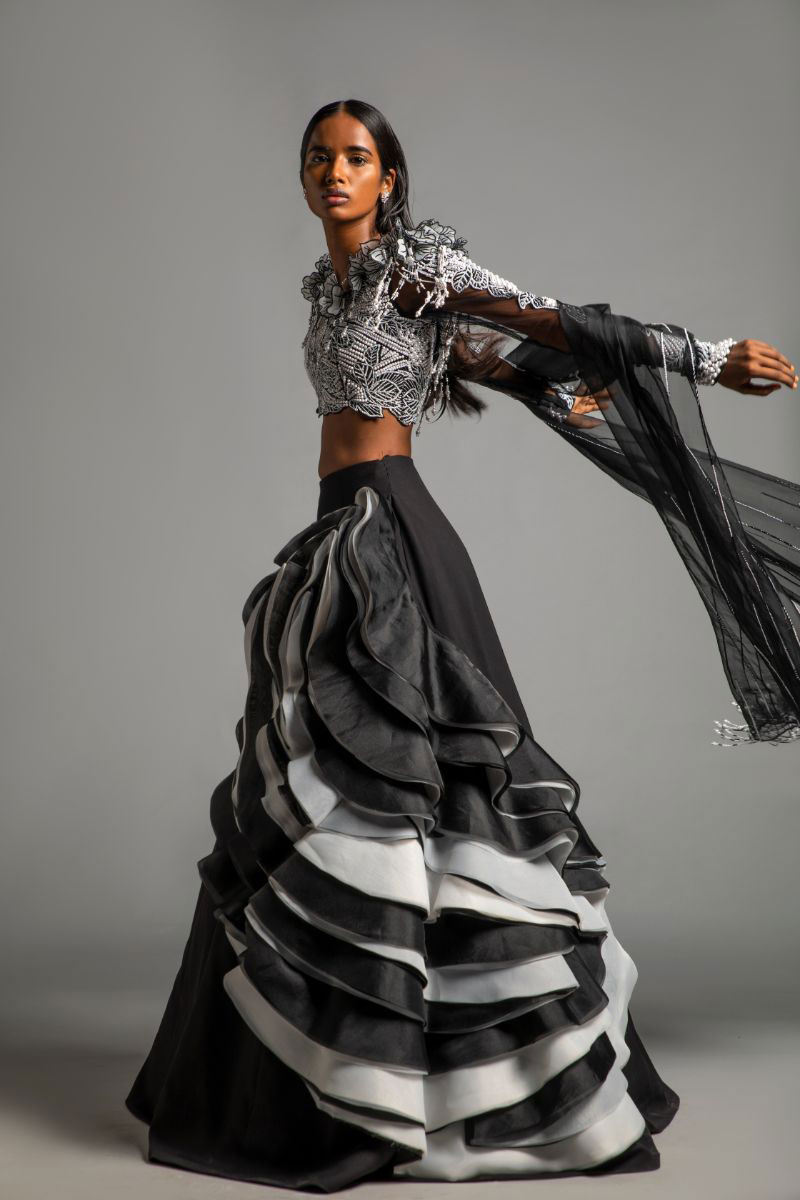