A Song on The River

Thai luxury river cruise ‘Loy River Song’ takes its maiden journey to the lost kingdom of Ayutthaya, Siam’s ancient capital, with four staterooms replete with rare silks and precious objets d’art. Indulge in dishes by a Michelin-starred chef, yoga on board, bicycle excursions to an island, and breathtaking temple visits. 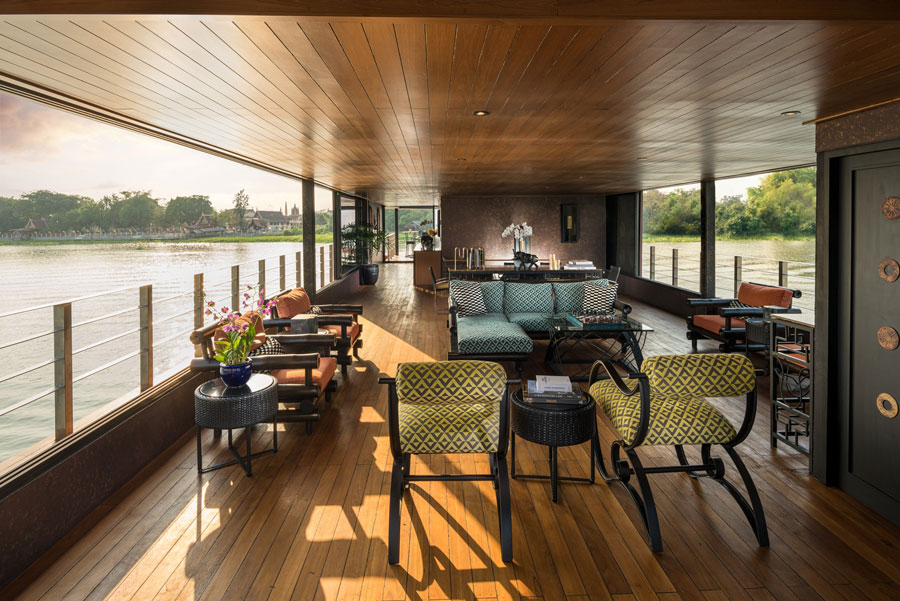 In keeping with the spirit of a bygone era, the décor of the four-stateroom Loy River Song is rife with precious antiques and rare Thai silks. Discretely incorporated into the timeless design of the staterooms are upscale modern-day amenities: king-size beds, ensuite bathrooms, air-conditioning, separate his-and-her vanities and modern dressing tables. A combination of King and Queen cabins, they range in size from 20 to 30 sq m and are ideal for extended families or groups of friends travelling together. (Guests can choose among itineraries ranging from two days/one night to four days/three nights.)

Traditional craftsmanship and regional influences evoke the elegance of old Siam, while intricately woven textiles in rich jewel tones create a relaxing, yet visually stimulating ambience. Comfortable sitting areas bathed in natural daylight make for perfect reading nooks. Throughout the boat, a palette of earthy hues with splashes of royal yellow and ocean blue is held together by the common thread of delicate golden accents and objets d’art narrating the story of the Chao Phraya communities and their nautical heritage. 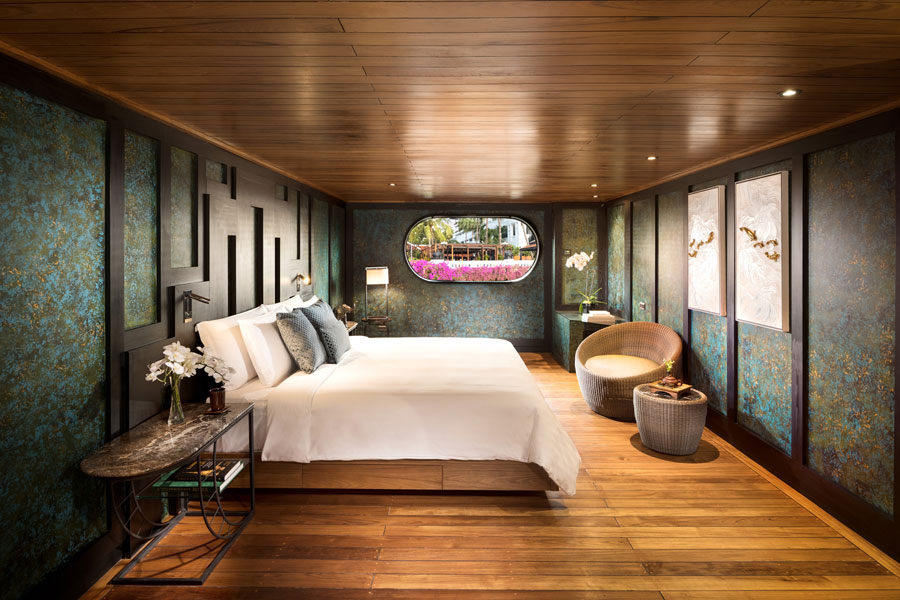 The same attention to detail characterizes the interior of the public areas that were purposely designed to host sunrise yoga, Muay Thai demonstrations, traditional dance performances, and other cultural activities.

The open and airy main salon is defined by exquisitely hand-printed wallpaper, original hardwood surfaces and low-slung furniture upholstered in sumptuous Thai silk. It opens into the elegant dining room that seats up to eight people and offers exceptional views of the water. 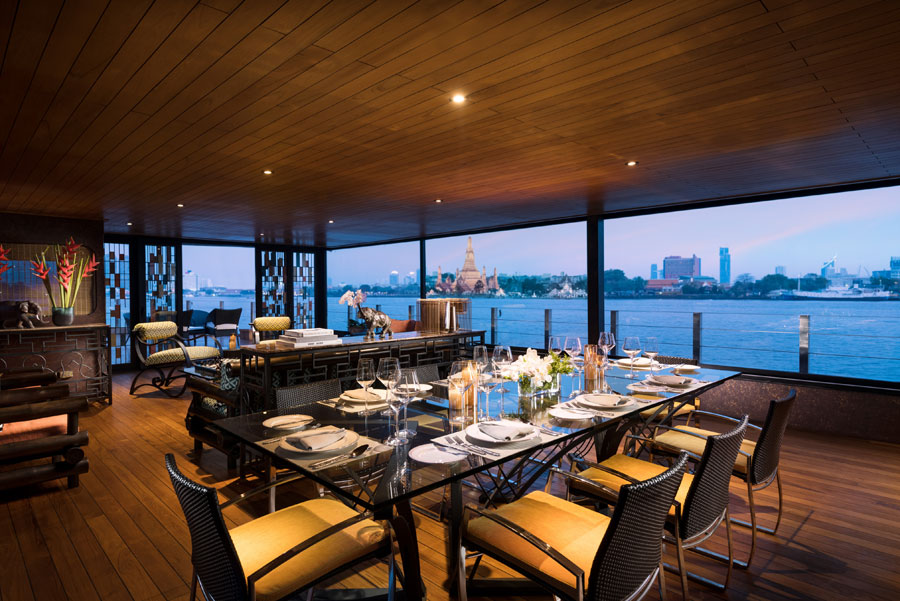 With top chefs at the helm of the kitchen, every culinary experience with Loy Pela Voyages is worthy of kings and queens. The menu changes daily, and features Royal Thai cuisine, dishes from a Michelin-starred menu by well-known Thai chef, Thitid “Ton” Tassanakajohn of Le Du Bangkok restaurant, and European dishes. From afternoon tea and sunset cocktails to decadent brunch featuring Canadian lobsters, oyster bar and caviar paired with fine wines, Loy Pela Voyages takes pride in showcasing the best of Thai hospitality.

From cycling excursions on Bang Kachao island, to exploring some of the region’s most spectacular temples, every day on the cruise is filled with adventure and discovery. As the cruise makes its way to UNESCO-listed Ayutthaya, the stories of Thailand’s past and present, of its mighty kings and grand cities are illustrated by a rich tableau of spectacular vistas. Guided excursions, some on foot, others by car or a traditional long-tail boat, place travellers in the heart of old Siam.

Prices for Loy River Song start at THB 208,250 (not including service charge and tax) per cabin for a 3-day, 2-night trip. To make a reservation, email reservations@loypelavoyages.com. 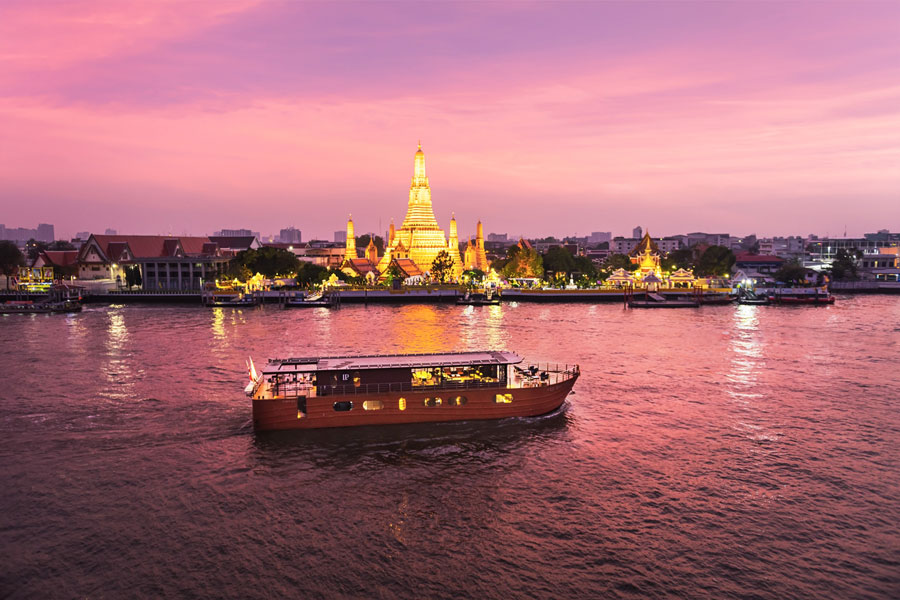